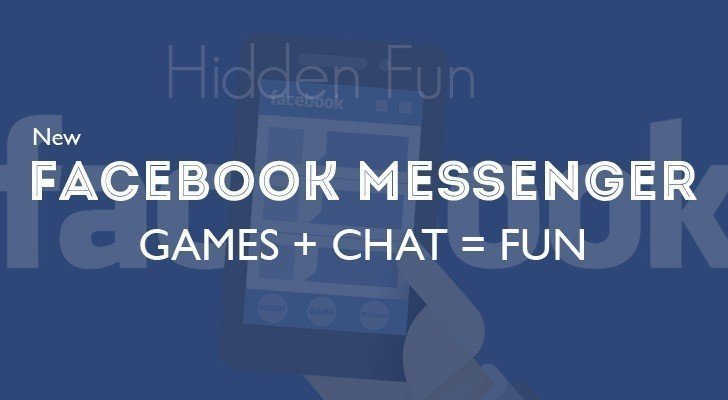 Best Facebook Hidden Games and Here’s How to Play Them

Football has been added to the hidden games within the Facebook Messenger app.

Introducing Football to its Facebook Messenger games at this time is a smart move by Facebook. The social network obviously wants to ride the wave generated by Copa America and Euro 2016, and attract the billions of Football fans.

You can play the game straight from the chat window. As with the Chess and Basketball games, you start a chat conversation with the person or group you want to challenge to a friendly game of Soccer.

The ball keeps bouncing around the screen realistically and the game is interesting enough to keep you occupied.

The idea is very simple; as all you have to do is keep tapping to make sure the ball remains in the air. But once you start playing, you’ll see that it may not be as easy as it seems, as there are various tricks that make the game more difficult.

Before you begin playing, make sure you have the latest version of the Facebook Messenger app on Android or iOS.

Many times we get bored of playing the same games on our mobile phones or some people just don’t have any games installed on their devices. It can also happen that all we want to do is get away from a boring conversation.

So be it the need for getting away or just the need for passing some time, here are 2 hidden secret games which are present on Facebook’s Messenger App. These games are present by default and do not require any installation.

Make sure the latest version of Facebook Messenger is installed on your Android smartphone or iPhone.

You can access Facebook chess by typing a secret code into a chat window of the person you want to play chess with.

The game is a little tricky and will need getting used to.

All through the game, you can continue having a conversation with your friend, and nobody’s stopping you from making fun of the way he plays the game.

Not much of a chess player? There’s another hidden game for you – Basketball.

If you hate basketball as much as you hate chess, then it’s back to the boring conversation with your friend for now. But I suggest you try the game.. just once.

With the March Madness tournament taking place in the US, Basketball is everybody’s favorite game right now. The final Championship game is being played at NRG Stadium, Houston, Texas on April 4 – if you’re interested.

Once you’ve launched the Facebook Messenger app, load up any conversation.

If you manage to score a point, happy emojis pop up. If you lose, then you’re confronted with sad emojis.

But be warned that it’s not a very easy game to play. At first it’s easy enough, until you reach a score of 10. After that, the basket starts moving sideways, making perfect shots very difficult, if not impossible.

Agreed, they may not be the best games, but they’re still worth knowing about, especially if they can get you out of boredom when you have nothing else to do and with no game installed on your smartphone or tablet.

Who can play? iPhone, iPad and Android users.