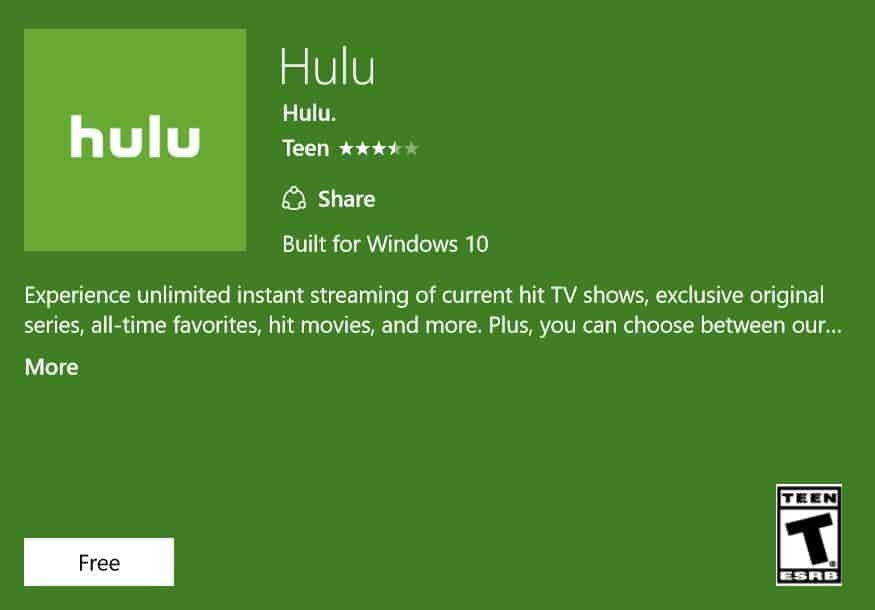 A new universal Hulu Windows 10 app has been released that will work on smartphones, PCs and tablet devices running Windows 10.

In the new Hulu Windows 10 app, you can pin shows as Live Tiles, use Cortana to search for shows or episodes, view content in 4K and plenty more. Here’s the official changelog for the update;

Hulu is currently only available in the United States and Japan. Also, the Xbox app hasn’t received the new update. A month of subscription will cost you $7.99 with commercials, and if you don’t want any ads, it’ll cost you $11.99.