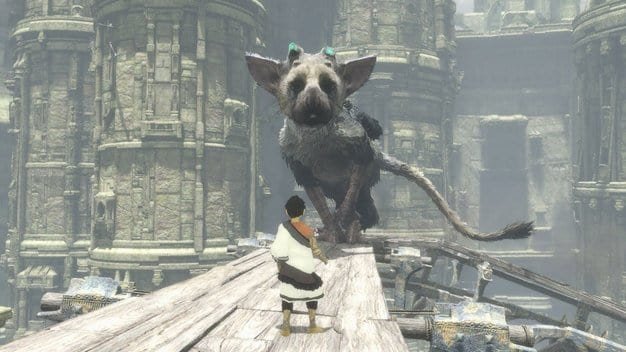 The Last Guardian is one of the most anticipated PlayStation games of the year. As all of Fumito Ueda’s games have similar endings, you may expect a totally ambiguous, melancholic end even in this game. However to your surprise looks like the game ends on a happy note.

Ico Ends In a Tragedy

For example, Ueda’s Ico initially ended with a sadly, where the protagonist gets lost in the sea. Though he escaped the cursed castle that was under the control of the ominous witch, he still wanders in the open waters. This leaves us to loathe in the fearful question if he will ever find land. The post-credits coda shows that he finally finds land and love. However, some feel that this could possibly be a dream.

Shadow of the Colossus Also had a Grim Closing Scene

Adding on, Ueda’s Shadow of the Colossus also had a grim ending where the protagonist turns into a monster. Wander’s ill-advised quest to bring back his lost love turns him into a monster at the end of the game. Later, an elder’s spell in a village vanquishes the monster. Argo survives and our cursed hero is born again as a horned demonic baby. The initial ending in this game is also bleak though the epilog shows us a happy end.

Trico Survives in The Last Guardian

Hence the Last Guardian was also expected to follow the same template that the game maker has been following over the years. If you consider all of Ueda’s games, the Last Guardian is the only game that has a considerably optimistic end. The initial trailer of the game rose speculations that Trico would die at the end.

Trico is such a cute looking monster dog (or is it a cat!) that has traveled with us throughout the game. It indeed will be terrible to lose him at the end. However, it turns out that Ueda has indeed spared us from the grief in this game. Trico as well as the boy survives at the end of the story, as does the boy. However, the final moments make us think if he will actually survive. Ah, that’s indeed threatening!

An Optimistic End in Ueda’s History

The epilog of the game is even more optimistic. You can see the boy opening the door and he finds Trico standing gigantically with his green eyes. It is notable that the interesting game is one of the top selling PlayStation games of the year. It looks like our cute monster Trico is indeed spreading the magic of love!