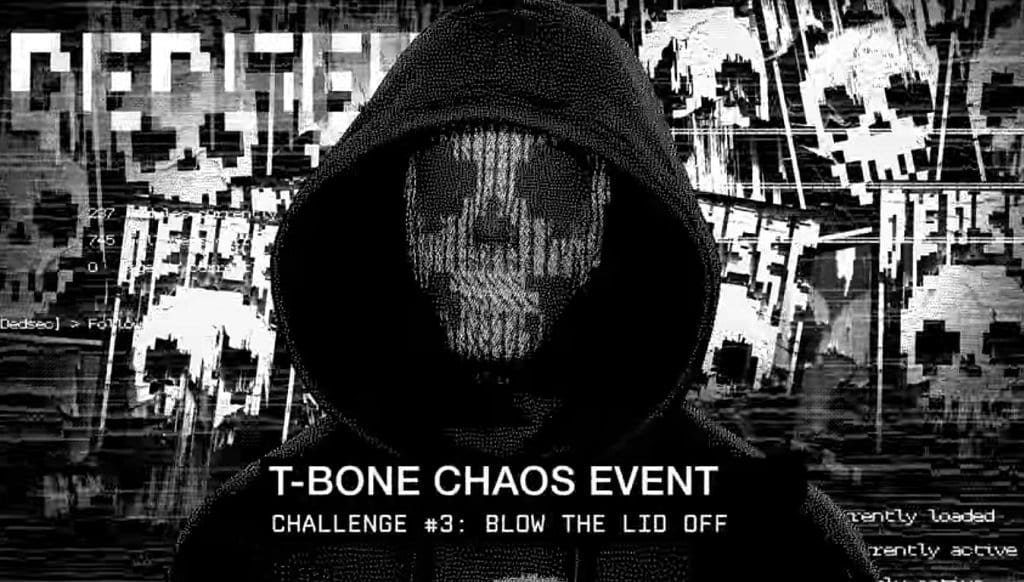 We are on the third day of the third-week challenge of Ubisoft ‘Watch Dogs 2’ month-long T-Bone Chaos Event. Ubisoft has already posted the video footage explaining the week’s challenge on its official YouTube channel. So what are you waiting for? Grab the opportunity and win exciting in-game rewards. For those of you who have already missed the first two weeks, only two more weeks are left! Make the best out of the T-Bone Chaos Event to enjoy your ‘Watch Dogs 2’ gameplay more than ever! The video definitely has something more interesting that will keep you on the edge of your gameplay.

We all know for a fact that Ubisoft is known for offering interesting gaming options in ‘Watch Dogs 2’. In a way, the company ensures that players never feel monotonous with the game. Ubisoft always offers a lot of interesting alternate missions apart from the ones in the main storyline. Ubisoft came up with the month-long gaming event on December 18, 2016, and two weeks have already gone.

You will find a new challenge every week for four weeks. The third week of the ‘Watch Dogs 2’ T-Bone Chaos Event began when Ubisoft released a detailed video. Upon completion of the challenge for the week, you will get $35000 in-game currencies.

“Blow the Lid Off” T-Bone Chaos Challenge For Week-3

The name of the third-week challenge is “Blow the Lid Off”. Basically, you have to blow off an excruciating 30 explosive kills against your enemies in the game. You will also have to fight the new type of enemy whose name is Grenadier. Ubisoft exclusively introduced Grenadier on the T-Bone DLC bundle. You can “Blow the Lid off” between January 2, 2017, to January 8, 2017. And when you do so, you will be able to earn $35,000 in-game cash. Isn’t that interesting?

The Past and The Upcoming Challenges

Gear-Up For the Final Week Challenge

The current third-week challenge allows you to win exciting in-game cash rewards as mentioned above. You can also take up the next and the final week challenge of the T-Bone Chaos Event named “Better Together Challenge“. It will be on from January 16, 2017, and end on January 22, 2017. When you complete this challenge you will be able to win the T-Bones Chaos Event car skin. You can eagerly look forward to the next week while you make the 30 killer strikes for this week. Also, you can download the T-Bone Chaos Event content from the Sony PlayStation game website. And know what? It’s FREE!