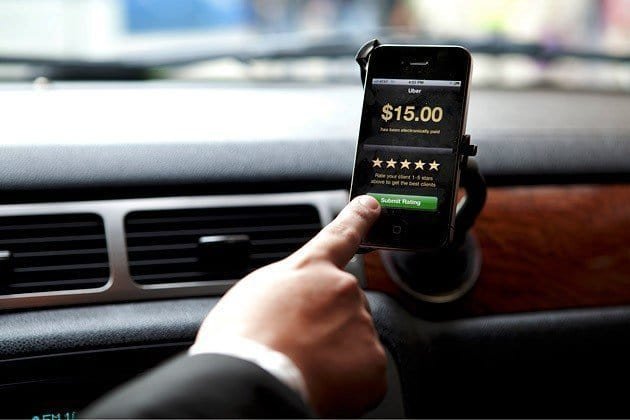 How Much Do Uber Drivers Make?

Uber is an app that lets people in need of a ride find a driver nearby. It’s not exactly a cab/taxi service, but it works similar to one, where the driver of the car gets paid by Uber for their services.

The Uber service is available in several countries globally and is an easy way for drivers to make money. You can drive your own car and pick up/drop people who’re in need of a ride. From America to Asia, Uber has over $4 billion worth of cars on the road, all provided by drivers.

Uber doesn’t have to spend anything on the cars, they have just designed an app that lets drivers make money and people get rides for fares lower than average Taxi’s. Good thing about being an Uber driver, is that you don’t have to work throughout the week. A driver can opt to work part time and only certain hours a week.

So how much do Uber drivers make? What is the average Uber driver salary around the world? Let’s find out.

According to Uber, the average Uber driver salary is around $90,000 per year. Now that’s including the maintenance cost of the car, insurance, toll fees, fuel, and other driver expenses. Once all that is accounted for, $90,000 doesn’t sound like a lot. However, this is how much Uber drivers make in the United States. The average varies in other countries and can go as low as $3 an hour.

In the United States, specially in major cities such as New York, Los Angeles etc, the average Uber driver salary, per hour, is around $25 to $35 an hour. In other cities, it’s around $8-$15 an hour, which isn’t much at all, considering this is before Uber takes its cut.

In India, Uber drivers in Delhi make around $500 a week, whereas in other cities such as Bangalore, the per hour wage is as low as $5.

It is, however, possible to earn a good living by being an Uber driver. If a driver works at least 10-12 hours a day, he or she can take home around $500 – $1000 per week. It could be higher or lower depending on various criteria. By being smart, you could only work during peak hours to get the best pay from minimum hours.

Uber’s statement on how much do Uber drivers make per year could be true, but it’s not the entire store. An Uber driver can make $90,000 a year, but about 60 percent of it goes on car maintenance, insurance and fuel. The company also pays bonuses for referrals, new sign-ons and other special incentives. Despite all this, an Uber driver makes about an average of $10-15 per hour and about $30,000 per year in hand.

Are you thinking to star a career as an Uber driber? Or, if you’re a driver already, how much do you make? Write us in the comments below!