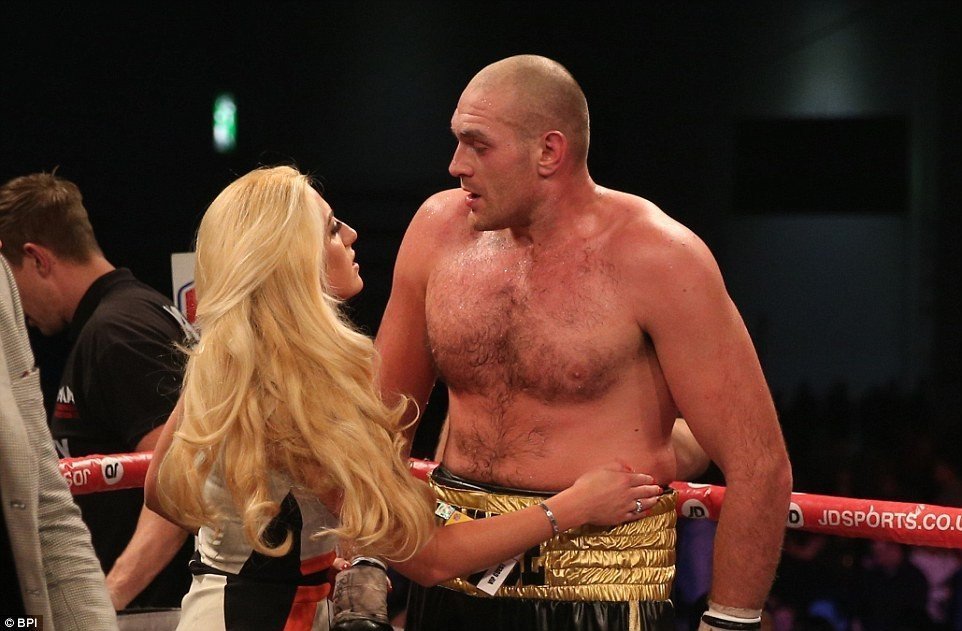 ‘Tyson Fury Net Worth’: 5 Quick Facts about ‘Fury’ and His Win Against ‘Wladimir Klitschko’

‘Tyson Fury’ is a professional British / Irish boxer and he is the son of former boxer ‘Gypsy John Fury’. He made his professional debut defeating Hungarian boxer Bela Gyongyosi at National Ice Centre in England. In 2009, he managed to defeat ‘John McDermott’ and earn himself the English heavyweight champion title. His current net worth is estimated to be around $25 million and that is not taking his recent win against ‘Klitschko’ on unanimous decision into consideration. Here comes a list of 5 quick facts about “Tyson Fury”:

1.) We already mentioned that he is the son of former boxer “Gypsy John Fury”, but his dad is not the only other person in the family with ties to professional boxing, his trainer ‘iPeterFury’ is Tyson Fury’s uncle as well as being the father of the heavyweight boxer ‘Hughie Fury’.

2.) He was able to represent both Ireland and England on a international level and managed to win several titles.

3.) Fury won on unanimous decision against undefeated heavyweight ‘Derek Chisora’ in 2011 and managed to beat him again the second time in 2014.

5.) Fury dated for three years before getting married to ‘Paris Mulroy’ in 2008, when Tyson was 19 and Paris was 18. Tyson’s wife Paris also comes from a Gypsy family.