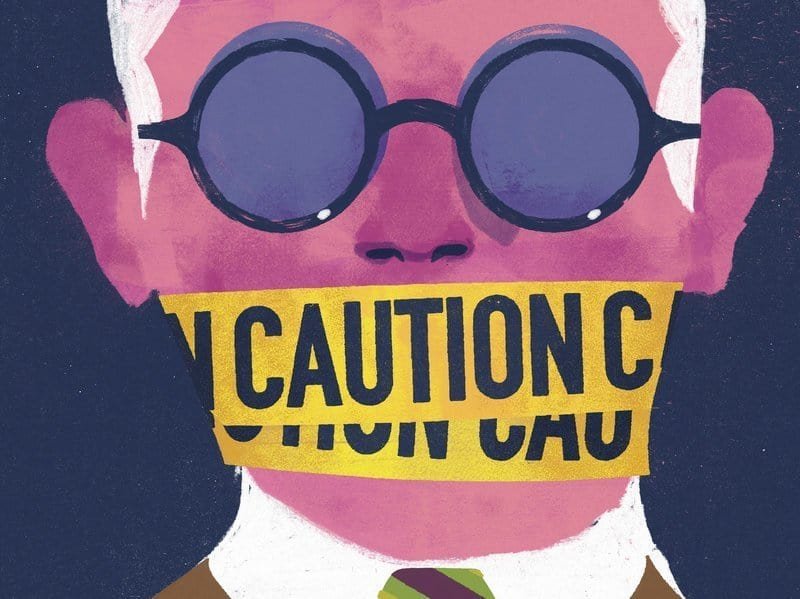 Should feeling uncomfortable be equated to a mental shutdown and psychological disorder? Should a severe illness be treated as a humorous or common word to describe ordinary feelings? Should society drown down, fabricate, and play upon reality so much that it no longer resembles the truth, solely for the purpose of not offending anyone? This is the reality we as a culture now face. It comes in the name of “trigger warnings.”

It all began in the feminist blogosphere, where helpless women (and a select few men who joined the bandwagon) met to discuss current issues without the use of any basic logic, reasoning, or factuality.

Let me be clear; not all feminists follow that order. Some, such as equity feminist Christina Hoff Sommers, use statistics and sound reasoning to prove their case. However, they’re few and far between. In fact, Christina agrees with this concept, that modern feminism is a plague to society, and is in itself the root of the struggles culture faces with equality, the wage gap, rape culture, etc. Feminists and the Left are also the root of the issue when it comes to trigger alerts. No, not triggers that are genuine physiological reactions to traumatic events, but empty, meaningless triggers as a word to say: “I’m offended, how dare you make me feel uncomfortable and unintelligent?”
The media created triggers, the excuse to back out of arguments. Triggers, the mock disorder that calls for pity, attention, and patronization. Triggers, the cop-out for not using logic, not facing reality, and not intellectually debating controversial topics.

You’ve most likely come across disclaimers, content warnings, or something of the sort when perusing the internet. It’s especially prevalent in articles which incorporate graphic images/videos on terrorism, articles describing explicit rape trials, or other scenarios that could be legitimately disturbing or inappropriate for those underage. However, these alerts are becoming far more frequent. Some are saying that before long, trigger warnings will be attached to every workbook, novel, video, article, and soundtrack. There’s a limitless supply of offensive issues that are discussed on the web, and no matter how careful or politically correct, what you’re writing will offend someone. One woman wrote that because an author is currently diagnosed with Alzheimer’s disease, she could never read even the noteworthy and celebrated books he wrote in the past and, furthermore, there should be a disclaimer to warn others about something they would have otherwise been unaware of and therefore not triggered by. In most cases, such as this, trigger warnings are self-defeating.
In no way do I seek to undermine anyone who legitimately deals with triggers and their side effects. Quite the contrary, in fact. It’s commonly agreed upon by those in opposition to this movement that overused social media trigger warnings are heartless and rude to veterans and victims who do suffer from this disorder. In all actuality, triggers are real. But the mainstream media version is, unsurprisingly, not. There are several reasons those triggers are a far cry from the real deal.

A Trigger: The Real Deal…And How to Spot It

The idea that every two steps in life you’ll come across five individuals suffering from PTSD is completely false. While traumatic events can be extremely difficult to process, few are officially diagnosed with this illness, and even fewer suffer from triggers. Furthermore, if someone does have this certifiable illness, chances are they don’t write a column on it in the newspaper and publicize it. Most are ashamed, to a degree, of the condition and try to hide it.

“All it takes is one slip – not even an outright challenging of their beliefs, but even momentarily exposing them to any uncomfortable thought or imagery – and that’s it, your classroom is triggering, you are insensitive, and there’s a Twitter petition out demanding you chop off your hand in repentance.”-Professor Val Rust

Avoidance is not the Key

War veterans or rape survivors that suffer from serious triggering will, without doubt, seek medical attention. Every psychologist knows that avoidance is not the key to solving said feelings, and will advise their patients accordingly. The most practical means of ending the harsh symptoms is to face, no matter how difficult, the past. This being true, if someone constantly shouts out “Triggered!”, chances are they haven’t seen a doctor about it. And, as reasoning follows, if they haven’t approached a doctor concerning their symptoms, it can’t be quite as severe as they want you to believe.
Richard J. McNally, a Harvard professor of psychology who commonly handles PTSD and triggering, writes: “Avoidance reinforces PTSD. Conversely, systematic exposure to triggers and the memories they provoke is the most effective means of overcoming the disorder.”
Sarah Roff goes on to explain that “As a psychiatrist, I nonetheless have to question whether trigger warnings are in such students’ best interests. One of the cardinal symptoms of PTSD is avoidance, which can become the most impairing symptom of all.

Taking it too Far

Applaud (preferably by clapping loudly) the University of Chicago, who is now taking a stand against trigger warnings. They notify students that they should come prepared to be made uncomfortable and discuss controversial events. This is one step, but we have far to go. College is meant to be a place of preparation for life, not shelter from reality. Trigger warnings are yet another hindrance to free speech in society.

“Finally—I want to say this—Trigger warnings are embarrassing to women and to feminism. They convey the idea that women are helpless children –delicate little injured birds who cannot cope with clapping. Is this what women’s liberation has come to?” -Christina Hoff Sommers