Transmission for Windows is now available for download. The Transmission app is one of the most popular Torrent clients on Mac.

Those who want to use an alternative to the uTorrent client on Windows, you can now download Transmission. This is the first official Windows app from the company and it’s easy to use. It was first released in 2005 on Mac for free. It has also been available on Linux. It is a free to use app that doesn’t include any ads, toolbars, pop-ups, payware, etc.

The app currently has over a million users on both Mac and Linux, which should increase now that it’s also on Windows. The Windows version of Transmission is very similar to the Mac and Linux build, including all the features.

Transmission released the first build for Windows earlier this month, making it available on all desktop operating systems. According to the developer, the Windows version is still in development stages and more features will be added in the future. The developer also mentioned that one of Transmissions’ drawbacks was the lack of Windows support. 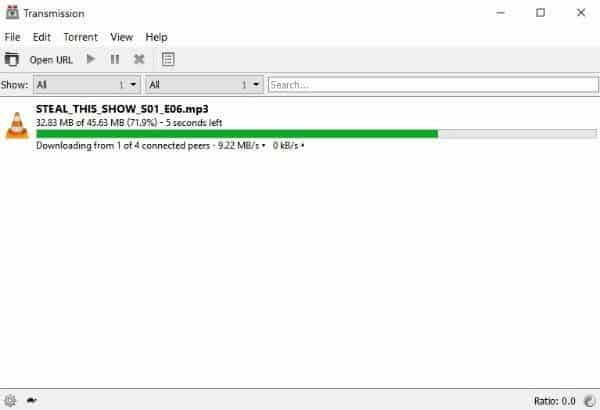 As of now, the Transmission for Windows app is just an easy, fast and simple BitTorrent client with only core features. Windows only features will be added later on. The official download page for Transmission still doesn’t show the Windows version, but it will be added once the next version is released.

The official release will help users to stay away from unofficial versions of the app. Several users still prefer the Transmission app on Mac or Linux, over the uTorrent client. The Windows version will come with OS specific features that will not be available on Mac or Linux.

If you’re interested in trying out the bare-bone Transmission for Windows app, you can do so. Remember, it is still in development and only core features are available. Try it out and let us know if this is better than your other BitTorrent client.