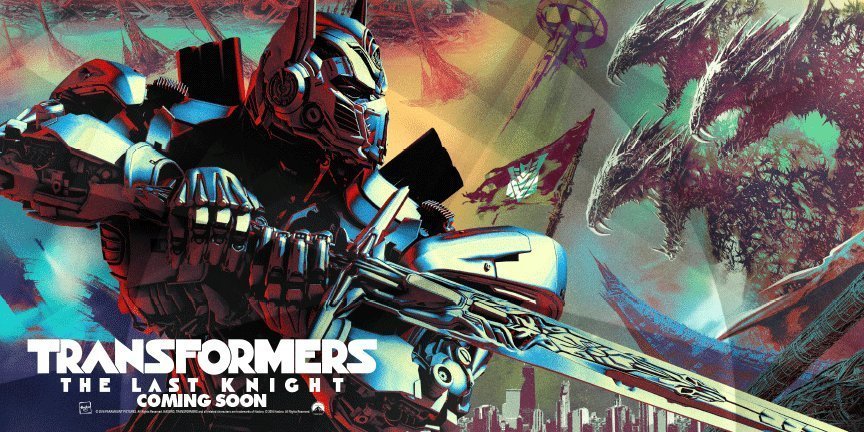 Transformers ‘The Last Knight’ Trailer Out! – A Mix Of Fictional And Historical Characters

Are you an ardent fan of the robots in the Transformers movie series ? Here is an interesting update from the ‘Transformers 5’ director Michael Bay. Michael Bay revealed that the first look of the movie hit the big screen by December 2016. Keeping up his promise Bay released the trailer on December 6, 2016. The trailer runs for about 2 minutes and was released in all IMAX screens.

The name of the fifth installment of the ‘Transformers’ movie series is the Transformers ‘The Last Knight’. You can expect to witness the return of the lead stars in the movie. Also, we will get to see ancient heroes like King Arthur, Merlin, the Nazis and also Winston Churchill. To add to this interesting aspect, the movie has added two new characters to the cast. They are Anthony Hopkins from the Television series “Westworld” and Freya. Dog lover, Michael Bay has added a role for Freya the Staffordshire bull terrier that was famously called “Britain’s Loneliest Dog”

Fans Get Desperate To Watch The Movie

It is certain that the movie has made us almost desperate after revealing such star-studded cast. I couldn’t wait to watch the first trailer for the Transformers ‘The Last Knight’. You may as well be wondering like me on how Michael Bay is going to connect all the dots in one robot story. There are the fictional characters, the historical heroes and the lovable dog Freya.

It is indeed beyond my imagination to come up with what the story could be a move of robots. Adding to the spice, rumors also suggest that the movie will also feature alien robots. The alien robots will mostly be playing the part of antagonists. However, nothing has been confirmed yet.

Transformers 5 Release Date: The Trailer Is Out In All IMAX Screens

So why the wait, when you already have the trailer out Mr. Bay? Reports said that first trailer would hit IMAX screens along with an expected box office hit. You are thinking it right! The first trailer for Transformers ‘The Last Knight’ was out with J.K. Rowling’s ‘Fantastic Beasts and Where to Find Them.’ The “imagination-tickling fantasy adventure” movie was released on November 18, 2016. Following which the trailer was released on December 6, 2016. As the J.K. Rowling movie is already a box office hit there is a huge crowd of moviegoers who will get to see the first trailer in the theater. That was a great strategy huh!

Did you know? We can for sure expect Mark Wahlberg, Josh Duhamel, and Tyrese Gibson in the upcoming the Transformers ‘The Last Knight’ movie. The movie is scheduled for release on June 23, 2017. We are just a little more than a month away folks!

Transformers 6 Is Getting Ready

Here is something more interesting! Paramount is planning on a Bumblebee ‘Transformers’ movie for the sixth edition in the series. Paramount is looking out for the apt person to direct the movie. However, the storyline is already ready. Christina Hodson the screenwriter of ‘Shut In’ and ‘Unforgettable’ is the screenwriter for the next movie. Reports say Hodson has already finished the script! There is so much to wait and we are already getting desperate!