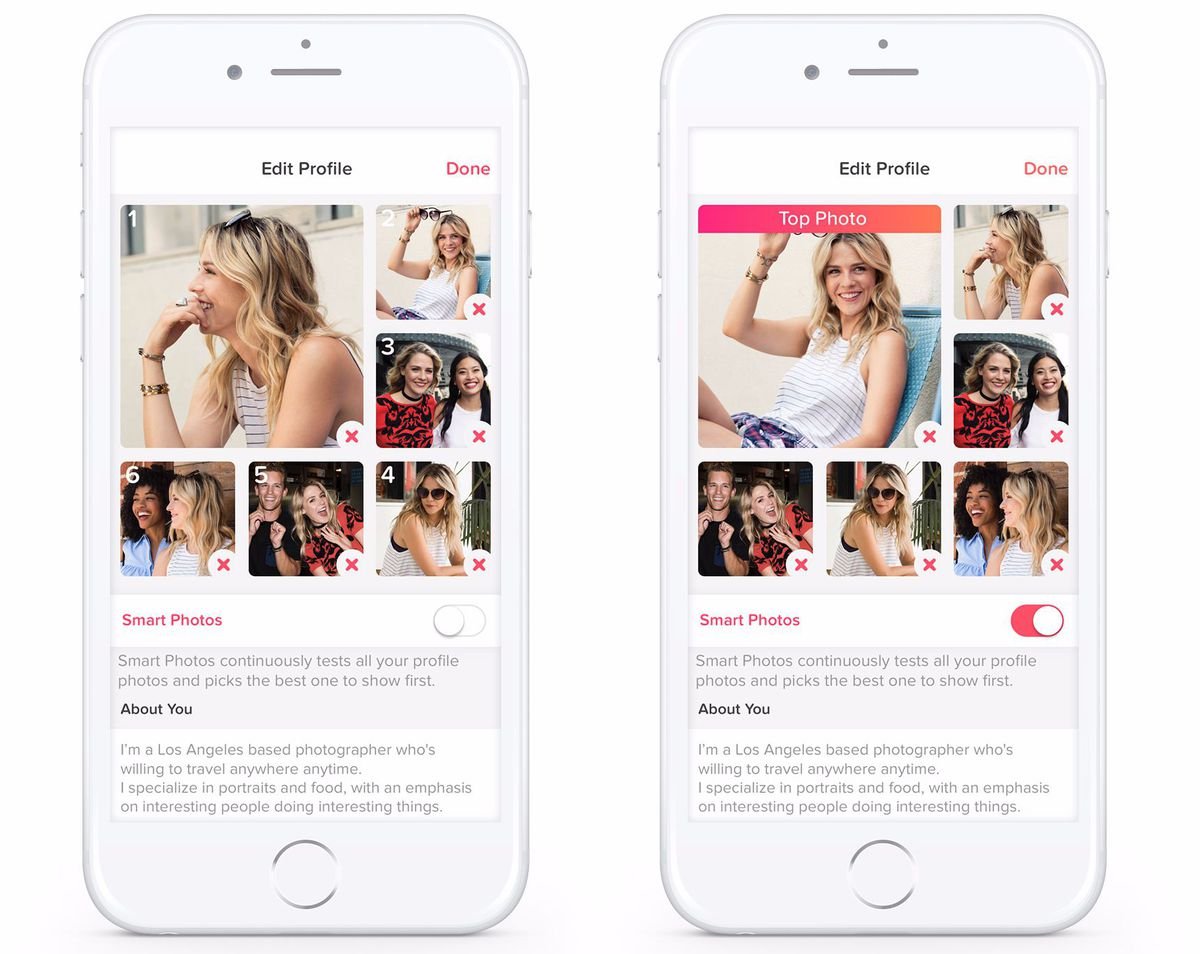 The new mobile dating app from Tinder has a new feature – Smart Photos that can alternate your profile pictures and track the ones that receive more swipes to the left and to the right, according to an announcement by the company this Thursday.

With that, Tinder now has the ability to show the best from your pictures first. The company said that it experienced a 12% jump in matches while testing.

Tinder added that the feature will be rolled out all existing users over the next few days and that the algorithm germinated from a hackathon held earlier during the year.

Photos have a huge impact when it is mobile dating

Veterans in online dating do know the value of photos and how they impact one’s chances.

Tinder points out further that covering the whole or part of your face, not putting on a smile, wearing glasses or hats, in the midst of a group are among major deal-breakers. This latest feature from the popular dating app is now analyzing how effective the photos of individual users are, and adjust it according to their profile so that more people swipe it right.

Tinder is employing the machine learning ability to pick photos that work and those that do not. The process starts with some A/B testing by swapping your photo seen for the first time by others with your profile on Tinder. Then the responses are analyzed to determine who declined a connection (swiped left) or the other way around. Based on the responses, your photos are reordered so that the most successful photos are shown first.

The algorithm can also adjust to the personal preferences of users. For instance, if someone does not like dogs and your own favorite profile picture is hugging a dog, that photo will not be shown to the user who does not like dogs.

Similar systems are used by other dating services too, but Tinder expects to stay one step ahead with the new algorithm.