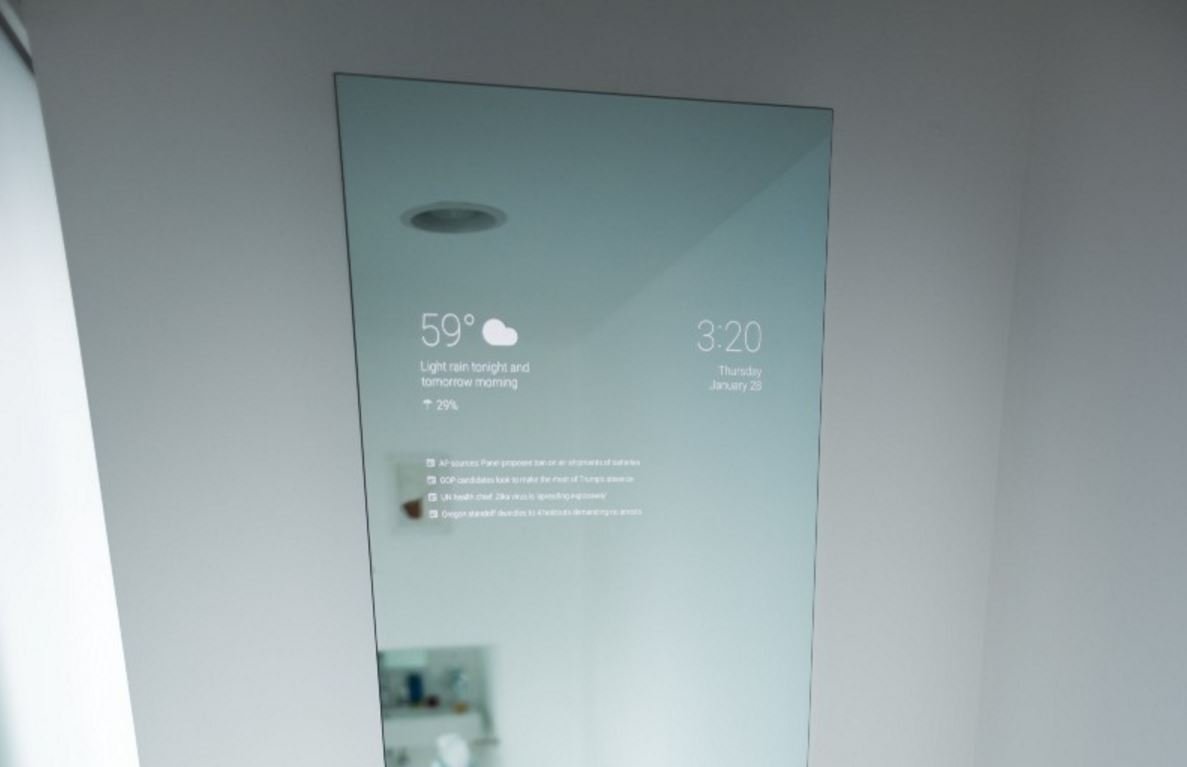 Smart mirrors are, at the moment, something from the future. Imagine a mirror that shows you important updates, the weather, reminders, breaking news and more, while you’re brushing or shaving in the morning. We would all like that.

One guy, Max Braun, wanted a smart mirror so bad, that he built himself one. Yes, he went ahead and built a smart mirror with Google Now on board. Google Now is the super smart voice assistant from Google that’s way better than any other virtual assistants out there. It shows you all kinds of useful information such as weather, meetings, news, reminders, to-dos, traffic alerts and more.

You can’t actually buy a smart mirror at the moment, and nobody sells one, so Braun decided to do it himself. There have been several other projects that built a smart mirror, but none utilized Google Now. Making one isn’t really that difficult, if you have the time and patience.

Braun used a two-way mirror, a thin display panel, controller board, and other components. Once it was finished, which took a while, the smart mirror was ready and using Google Now to show information.

As you can see above, the smart mirror looks great and shows the time, date, weather information and recent news headlines. The display also shows color, but only when the weather is sunny, otherwise all text is monochromatic. The user interface is built upon Android, obviously and uses other Google Now cards from apps such as Forecast and Associated Press.

Anything that has a Google Now card can be displayed on the mirror, things like, traffic alerts, sports updates, and more. He uses Amazon’s FireTV Stick to run Android but initially thought of using the Raspberry Pi Zero. In the future, he might end up using a Chromecast, or a Nexus Player.

Pretty cool, don’t you think? Max has promised to do a how-to on the build soon, so keep an eye on his website if you want a smart mirror with Google Now and Android.