LATEST – After unveiling the new name for their show on Amazon, The Grand Tour, the trio has now given the show a nice looking logo as well.

Jeremy Clarkson took to Twitter to post the new logo for their Amazon show. So without much ado, here’s the new Grand Tour logo.

In our opinion, it’s not as good as the Top Gear logo, but it’s not that bad either. It’s alright. What do you make of the new logo?

Update -May 13, 2016 – Jeremy Clarkson, Richard Hammond and James May’s new Amazon Prime show will be called ‘The Grand Tour’ and it will premiere in Autumn 2016.

After his contract ended with Top Gear, Jeremy Clarkson was scooped by Amazon to do another car related show on Amazon Prime. His comrades, Richard Hammond and James May followed him as a car show isn’t really a car show without the trio.

Long-term Top Gear producer, Andy Wilman, also left the BBC to come work with the trio on Amazon Prime. However, there was a problem. The trio didn’t have a name for the new show and without a name, there cannot be a show. After months of thinking about new names, the trio has finalized one.

The new Amazon Prime show hosted by Jeremy Clarkson, Richard Hammond and James May, will be called ‘The Grand Tour’. It’s fitting too, as the trio will be shooting the new show in different locations around the world. 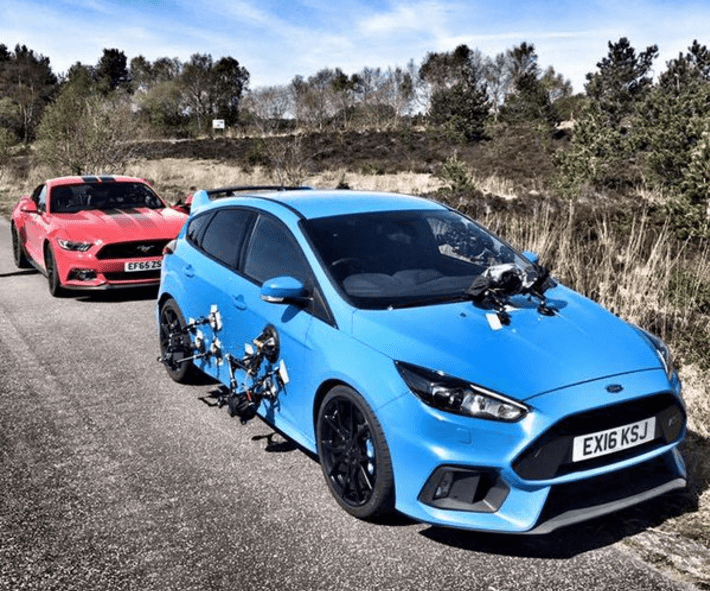 How the live audience will be selected, is still kept under wraps, but Amazon promised to release more details about the same soon. The selection process will take place via a sweepstakes, which will happen later this summer. Whether only Amazon Prime customers can take part, or anyone can, is still not known.

Whatever it is, now that the show has a fitting name, we’re sure a large number of people will flock to Amazon Prime to watch the former-Top Gear trio in action. Thanks to Clarkson, Hammond and May, Amazon will make a lot of money and get millions of new subscribers for Amazon Prime.

The Grand Tour will come to Amazon Prime later this year, in Autumn, and subscribers can either stream the show or download it from Prime Video. There will be 12 shows in total in the first season, one of which will be a Christmas special.