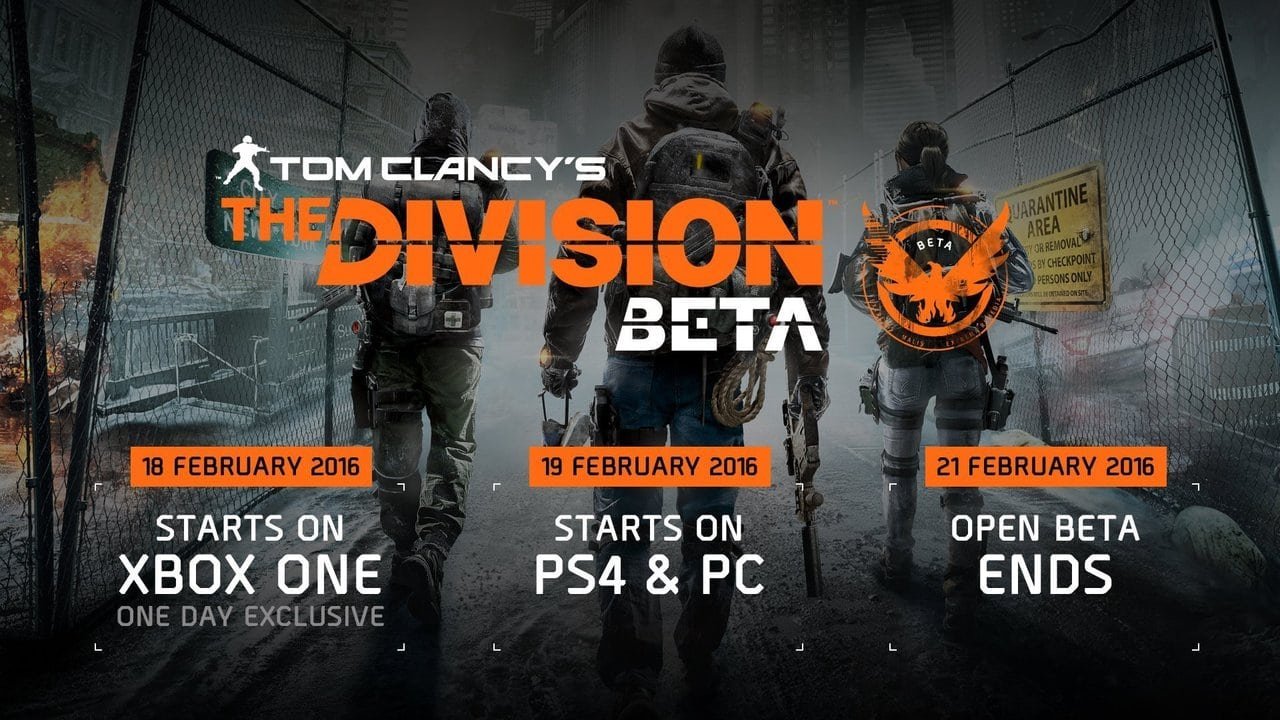 Ubisoft have announced that they’ll be releasing an open beta available next week. This means you’ll be able to get a few days of roaming The Division’s run-down, dangerous New York City before the full game is released. Many of you will have already had a chance to play the game during its closed beta but if this is your first time to the city, now’s your chance to have a few days worth of experiencing everything The Division has to offer.

During your time playing the open beta, you’ll encounter some different groups or ‘factions’ as you’ll see in the new trailer below. In Ubisoft’s press release about the open beta they said that players can expect to come toe-to-toe with Rikers Island escapees, highly-trained Last Man Battalion and Cleaners equipped with flame-throwers. So yeah, it’s safe to say it’s not going to be a walk in the park.

During the closed beta, there was a number of cheating issues found by PC users, which were quickly brought the developers attention. These issues have now been fixed and will be monitored closely throughout the open beta, as well as keeping an eye out for any more cheating issues. This will be an ideal opportunity to make sure that the game is as good as it can possibly be when it’s released on March 8th.

If you’ve already played the game you definitely will want to spend some time on the open beta as well, as there’s a new story mission that wasn’t included before, and anyone who takes part in the open beta will get some in-game content that will carry over and be unlocked in the full game when it’s released.

The Division open beta will start on the 18th of February for Xbox One, and the 19th of February for PS4 and PC – then run until the 21st. But it should be noted that all platforms can preload the beta from the 16th, so you don’t have to waste any of the time you could be playing on the release day.