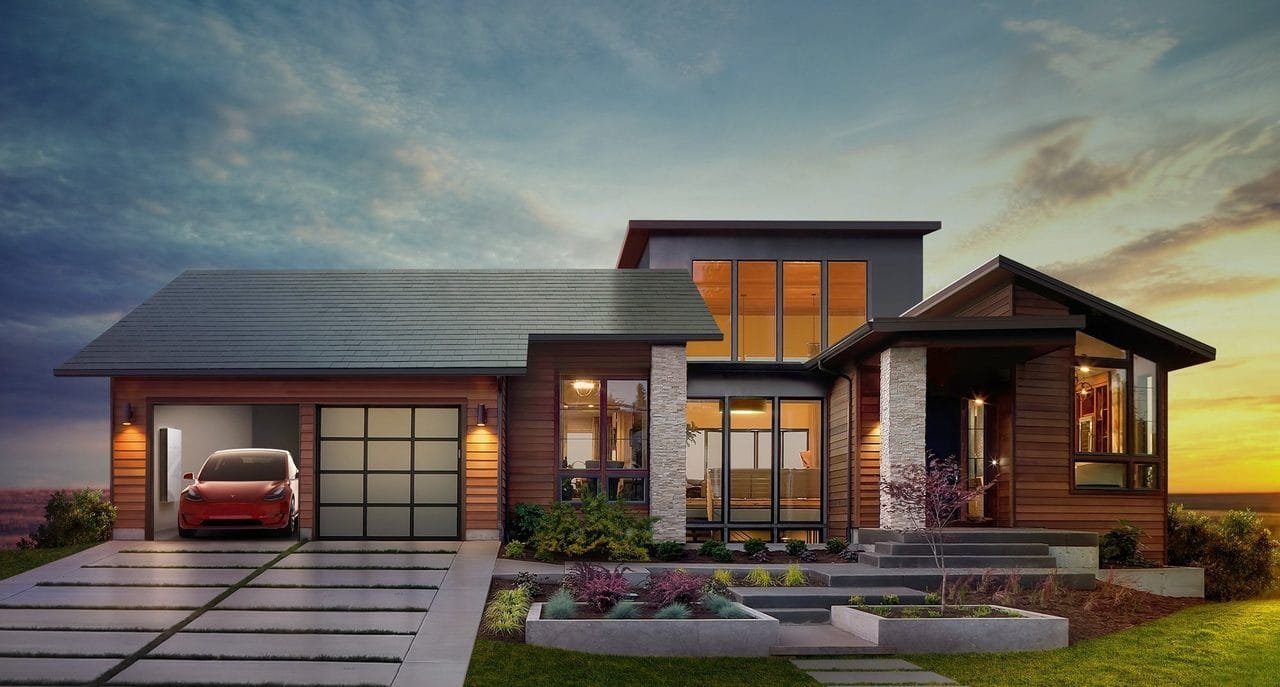 On 28 October, Elon Musk, CEO of Tesla announced at a press meet in Los Angeles, that Tesla in partnership with SolarCity has developed solar power roof glass tiles for roofing. These tiles have been developed in 4 distinct architectural styles – Smooth, Textured, Slate, and Tuscan.

The textured version of the solar power roof glass tiles carries hydrographic printing incorporating photovoltaic cells that can be combined with Powerwall 2 battery which is another Tesla product. Elon Musk added that the solar glass can also be incorporated into heating elements such as rear defroster for cars or to clear snow from the roof while generating energy.

The photographs presented at the press meet are stunning and promises to be significantly better compared to conventional roofs. The difference is stark when you consider the conventional solar panels applied on your roof. This also demonstrates Elon Musk’s commitment to the aim of making sustainable energy products that are not only incredible but also visually appealing in their aesthetics.

Elon Musk also outlined his vision to create wall-mounted batteries, electric cars and integrated system for solar panels via the proposed merger of Solar City and Tesla Motors. He further showcased a full row of houses used on the upcoming ‘Desperate Housewives’ sets depicting 4 new styles of the solar roofing. The pictures do indicate that Elon Musk is essentially intent on adding a touch of sex appeal to the solar tiles.

Musk added further, that the glass tiles were made from quartz glass, and were incredibly durable compared to asphalt tiles, and could potentially last beyond the life of the house itself. On pricing, Musk stated that pricing details are still being worked out because installation costs were uncertain, but would cost less compared to the full cost of traditional roofs.

According to Musk, people always thought of Tesla as a company that made electric cars though, in reality, Tesla’s objective was to accelerate sustainable energy. The goal, he said, was to bring better looks to solar roofs compared to the normal roof, generate electricity, provide better insulation, last longer and cost less than a normal roof after considering the electricity generated.

Musk also said that the key was to make solar a desirable addition to the home, making one really proud and wanting to invite neighbors and ask them to check out the cute looking sweet (sexy) roof.