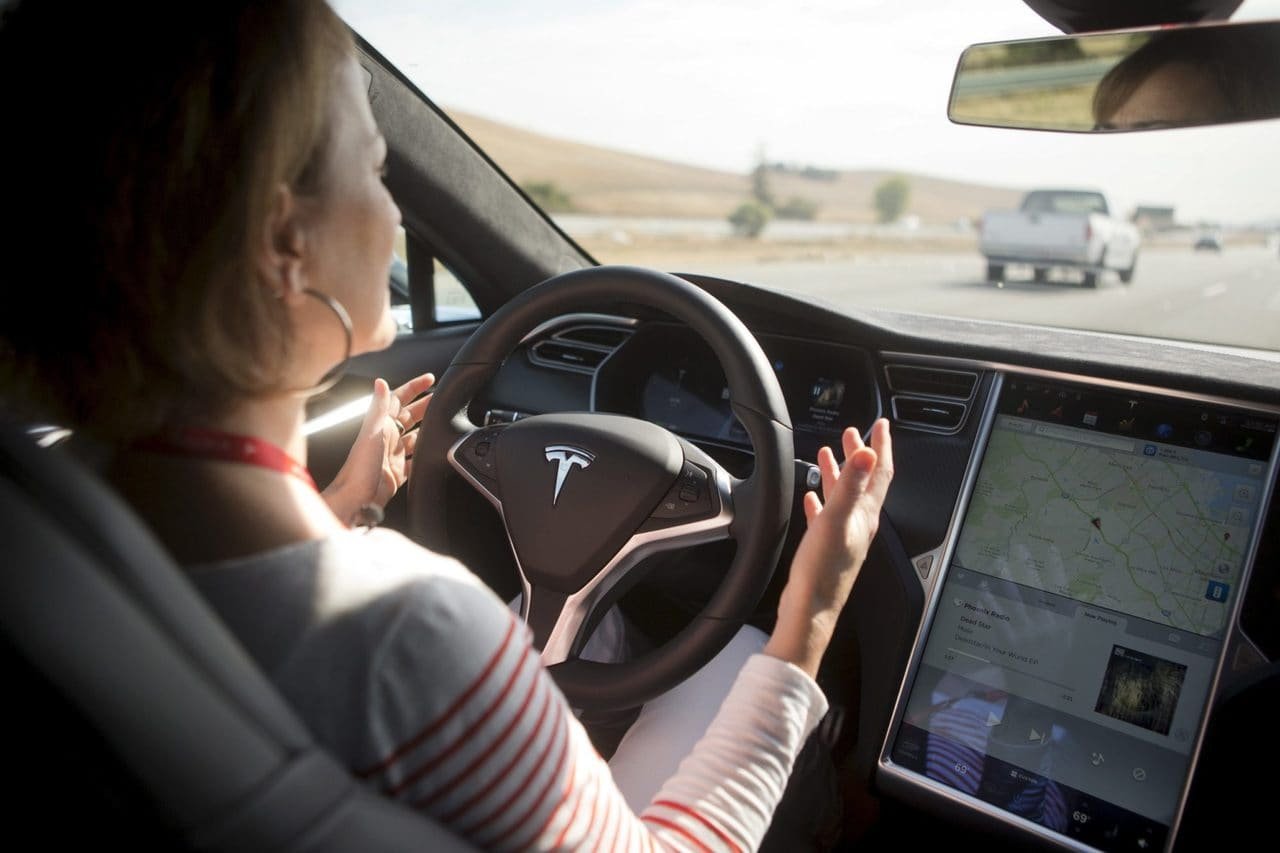 Tesla Self-Driving Cars: Experience What It Sees When On The Road

In October, it was announced that all new Tesla Self-driving cars would come with equipment allowing the vehicles to drive on its own. A video demonstrating the technology was also released at that time. Presently Tesla has released additional footage showing how the car ‘sees’ as it drives along without any human input.

The demo was tweeted by Elon Musk, CEO of Tesla, showing a passenger behind the wheel (the law requires one to be present) as the car was negotiating its way through traffic, road signals, stop lights and related road conditions before parking. Apart from the view from the interior of the car, the video also shows what the left rear, right rear and medium range cameras on the car are seeing.

A plethora of colors reveal what the car is ‘seeing’, lane lines, motion and the colored boxes showing “in path objects” like road lights, road signs, and objects. These boxes also highlight other vehicles, people and other possible hazards that would be considered by a human driver behind the wheel.

According to Tesla, the new cars will have an onboard computer that has 40 times computing power compared to the previous generation to process sonar, vision and radar imagery taken in by the vehicles. Tesla is moving closer to the wholly self-driven cars. In October, Elon Musk, the CEO had stated that cars in production at that time including Model X, Model S, and the future Model 3 are being outfitted with new hardware that will make them fully autonomous. However, a caveat is that regulatory approvals and software validation are necessary before these cars can take to the road. And, regulatory approvals can be a huge thorn for Tesla. Nevertheless, Tesla has been releasing videos showing the capabilities of Tesla’s self-driving car’s capabilities including the one that showed how the cars are capable of ‘seeing’ the world.

Tesla Self-driving cars will come with 8 cameras which provide a 360o visibility and a range of 820’ or 250 meters. They are also equipped with a radar sensor, twelve ultrasonic sensors and Nvidia’s Titan GPU for onboard computing functions which process all the information. The Autopilot capability of Tesla cars get enhanced with all these additions and is renamed as SEA or system enhanced autopilot. For a more elaborate breakdown of hardware changes in the process for the Tesla cars, please go here.