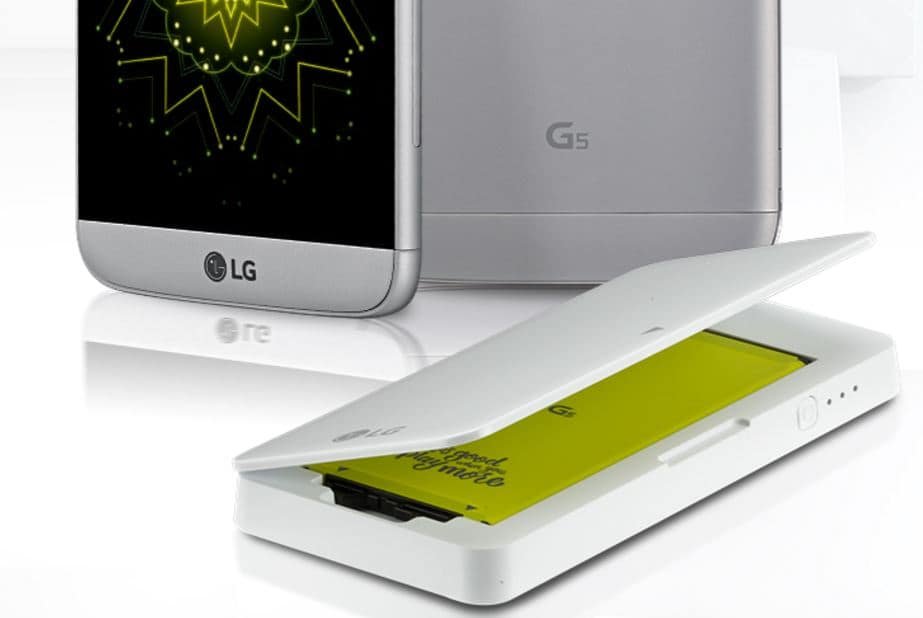 There’s a new T-Mobile LG G5 offer going on right now that’ll let you take home the LG G5 along with a free LG Battery Bundle or the LG 360 Cam.

If you’re a T-Mobile customer and were thinking of purchasing the brand new LG G5, your deal just got better. The smartphone will be available for purchase from T-Mobile starting on April 1st.

Pre-orders for the modular G5 will kick off on the 29th of March. To make customers buy the LG G5, T-Mobile is adding some free gifts to the mix. And the deal is pretty sweet.

The LG G5 is a the 2016 flagship smartphone from LG and features a first in the world, modular design. There’s a removable slot at the bottom that’ll let you change the battery, add a camera focused module, and more. Basically, you can add extra hardware to the smartphone.

It also includes the latest Snapdragon 820 processor to keep everything running smooth and also features a dual-camera system at the rear. Here’s what the T-Mobile LG G5 offer consists of;

Buy the LG G5 on T-Mobile before April 17th and you’ll get a free 2,800 mAh battery with a docking station to charge the battery. This Battery bundle costs $80, so it’s a pretty good deal.

If you happen to get your hands on the LG G5 before April 5th, then you will walk away with the $200 LG 360 VR camera. This camera is cool and can be used to record your own 360-degree videos. You’ll be getting this for free with your G5. Another great deal.

Both the offers are only valid till supplies last, which means you’ll have to be quick to get the smartphone after it’s available on T-Mobile. Once again, the pre-orders start on March 29th, and you’ll be able to purchase the device from T-Mobile stores on April 1st.

Check out the LG T-Mobile offer over here and let us know if you’re planning on getting one.