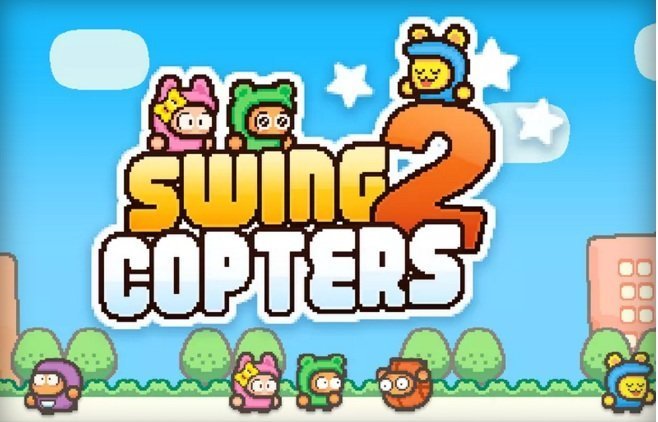 Swing Copters 2 Released by Flappy Bird Developer: May Get On Your Nerves

Swing Copters 2 is a brand new game and a sequel to the original, developed by the same studio behind Flappy Bird. It is a torturous game that has one of the hardest and most frustrating gameplay ever.

Remember Flappy Bird? The super challenging game that will surely make you an addict, destroy your social life or even make you want to destroy your smartphone. Swing Copters 2 is similar, and it is very frustrating to play. If you can get more than 5 points, you’re probably a pro. This will probably happen after a few hundred tries.

The original Swing Copters was downloaded a few million times and was very difficult to play as well. In Swing Copters 2, you still have to guide the strange propeller thingy through the gates.

Tapping on the screen lets you control the direction of the flight, you hit the gate and you die. It’s pretty simple actually, but super hard to play. This is much more nerve-wrecking than Flappy Bird and Swing Copters. If you like a challenge, then you should probably download the game right away.

Swing Copters 2 is available as a free download from the Google Play Store for Android and the App Store for iOS. Check it out now.