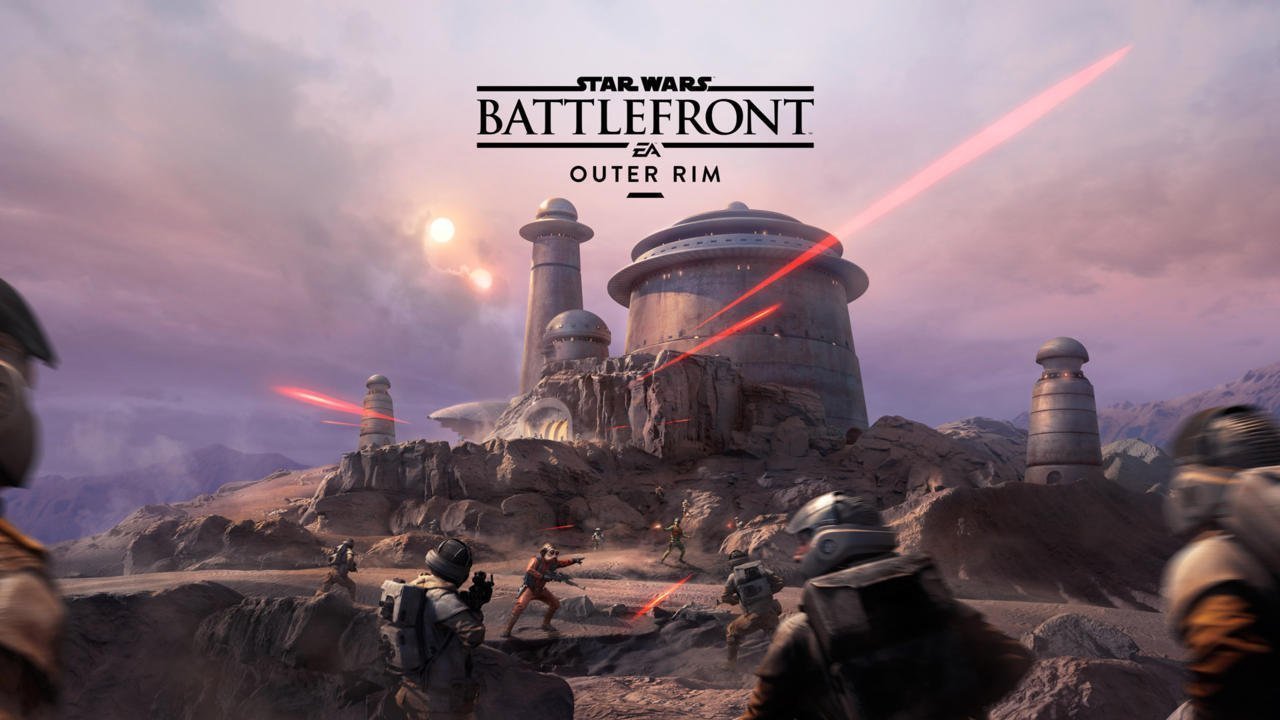 The new DLC for Star Wars Battlefront ‘Outer Rim’ is now, and EA have released a new gameplay trailer to show you what to expect. With new maps, characters, weapons and a new game mode to look forward to – ‘Outer Rim’ is shaping up to be a good addition.

Although it’s been announced that Battlefront won’t be including any content based on the new movie, there is still the nostalgia factor that makes this game great, and the introduction of fresh content will continue to make it replayable. For fans of the original Star Wars trilogy the addition of Greedo will give players the chance to go head-to-head with Han Solo, and settle the ‘Who shot first?’ debate for yourself.

The four new maps will add some more iconic locations, as well as the new game mode ‘Extraction’ to give you a new multiplayer challenge. The two new heroes are Greedo who I’ve mentioned above, and Niem Numb who although is iconic, is definitely a strange choice by the developers compared to a whole list of other characters we’d love to see. The addition of two new weapons (Relby V-10 rifle and DT-12 blaster) and star cards (Scatter Gun and Dioxis Grenade) will add some variety to the gameplay.

This is EA’s first major paid-DLC with more to follow in 2016 and 2017, but if you have already purchased the season pass then this will obviously be included. The trailer gives players a quick tease of the heroes in action on the new maps, the new weapons available and of course the face-to-face encounter of Han Solo and Greedo. With plenty more DLC coming in the near future it’s definitely something to look forward to for Star Wars fans and will leave them curious about future character additions.

The Star Wars Battlefront ‘Outer Rim’ DLC is available now for Xbox One, Playstation 4 and PC.