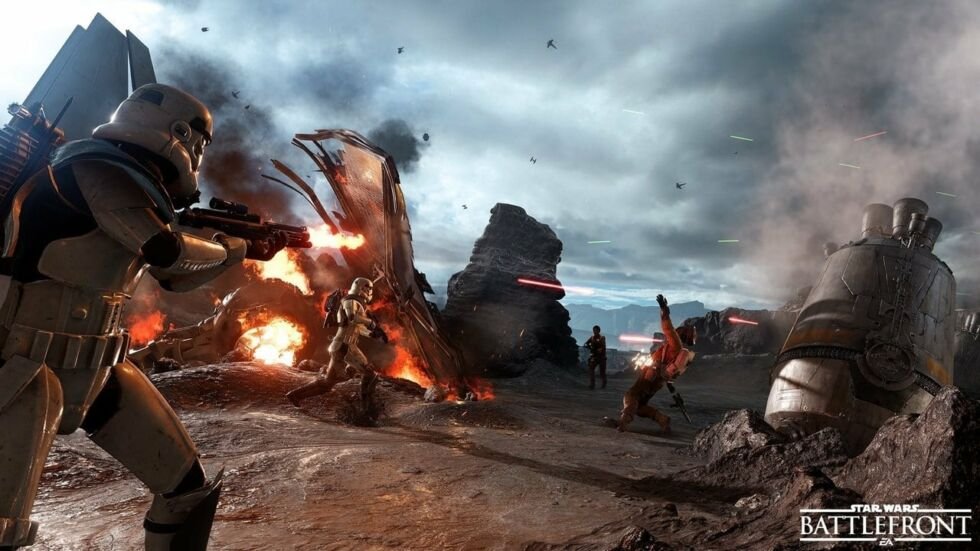 DLC On Its Way For “Star Wars: Battlefront”

An update seems necessary after the release of “Star Wars: Battlefront” was a little rocky. Fans expected a game loaded with content for both online and offline play. However, the initial game focused on online maps, and fans believed that game didn’t feel complete. As it turns out, the fans were fright – EA, the developer of the newest “Battlefront” game, announced a DLC pack that included twice as many maps, as well as a number of other features.

The DLC will be available in 3 separate expansion packs which will be released in the future, all of which can be made available two weeks prior to release with a season pass. While the exact content that will become available is still a secret, EA did release some numbers on what will be available. For examples, there will be a total of 16 new maps released, along with 4 new game modes. With any luck, one of those game modes will be an offline campaign.

However, the biggest reaction to the season pass was the price. Fans will have the option to purchase a season pass for $50 – this will include all the DLC content as it is released. At $50, the DLC pack becomes almost as expensive as the game ($60), and the price could be even higher if players opt to buy each pack as they are released.

One rumor going around is that at least one of the new game modes will be specifically for offline play. While there is no official announcement about this, the news was apparently released by an employee at EA.

Fans of “Star Wars: The Force Awakens” shouldn’t get their hopes up; aside from the free Battle of Jakku map, it appears that none of the new content will be based on the massively popular film. Perhaps EA is waiting for a sequel to “Battlefront” first.