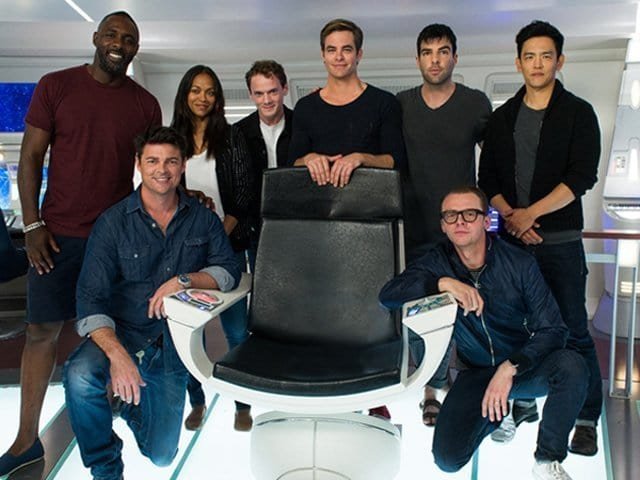 LATEST – Paramount Pictures has released a new trailer for the upcoming Star Trek Beyond movie. This trailer also features’ Rihannas’ new single called ‘Sledgehammer’, which is part of the movie soundtrack. Nothing new has been revealed in the trailer.

Here’s another trailer which was released last month, to get you up to date with all the Star Trek Beyond trailers.

There’s going to be a lot more action than the previous film, which wasn’t that spectacular. This title is being directed by Justin Lin, and will be out on 22nd July.

The Star Trek Beyond trailer

Update – December 15, 2016 – is out and there’s a lot of explosions in it, and yes, plenty of Sci-fi too, obviously. Even though this week is going to be all about Star Wars, we’re going to show some love to the Star Trek series. The rebooted series gets its third instalment, Star Trek Beyond, and by the looks of the trailer, fans are going to love it.

The trailer for the movie was actually supposed to be released alongside Star Wars: The Force Awakens, but unfortunately it was leaked. Hence, Paramount has now released the full official trailer for Star Trek Beyond. The movie is directed by famed Fast & Furious director, Justin Lin, and produced by J.J. Abrams.

Since the movie is directed by Justin Lin, there’s going to be a lot of action and fans might or might not like that. It stars Idris Elba, Chris Pine, Simon Pegg, Zach Quinto, Zoe Saldana, John Cho, Anton Yelchin and Karl Urban.

In the movie, the remaining crew of the U.S.S Enterprise are without a ship and on an unknown planet after an attack.

[youtube id=”XRVD32rnzOw” align=”center” maxwidth=”849″] Star Trek Beyond will release on July 22 in the United States, followed by an European and Worldwide release later that month. A fourth part in the series will be out in 2019.
Share Tweet