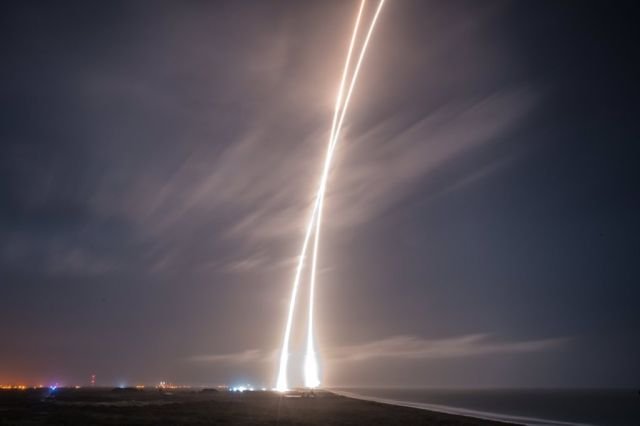 The SpaceX Falcon 9 rocket was successfully landed on Earth after being launched to Space. The first stage of the rocket separated from the second stage in space and landed vertically back on Earth.

This isn’t the first try by SpaceX, they have failed twice before when the first stage of the rocket exploded on impact. Third’s the lucky charm they say and SpaceX finally succeeded in showing that rockets can be reused.

The Falcon 9’s rocket flew 200km into Space, made a U-turn and re-entered the atmosphere to return to Earth. A month ago, Amazon’s Blue Origins New Shepherd spacecraft also performed such a feat. However, the Falcon 9 rocket went much further into Space and was much faster as well.

It’s kind of like a big deal what SpaceX has accomplished with the Falcon 9 Rocket.

Reusable space launch systems can effectively reduce the expenditure for Space travel. SpaceX has completed the most difficult part of showing this can be done. Now they have to show how well and fast they can rebuild the booster that’ll be used for another launch.

The Falcon 9 rocket is made in USA and does not use any components from the Russians. NASA on the other hand, is still using expendable rockets that are sourced from Russia and cost a lot more than the Falcon 9.

The main goal of Elon Musk, founder of SpaceX, is to establish a colony on Mars and to make the process of getting there cheaper. Elon Musk said in a statement;

This is a critical step along the way toward being able to establish a city on Mars. That’s what this was all about.

Well, the SpaceX Falcon 9 rocket has set made history and the company will continue to push new frontiers.