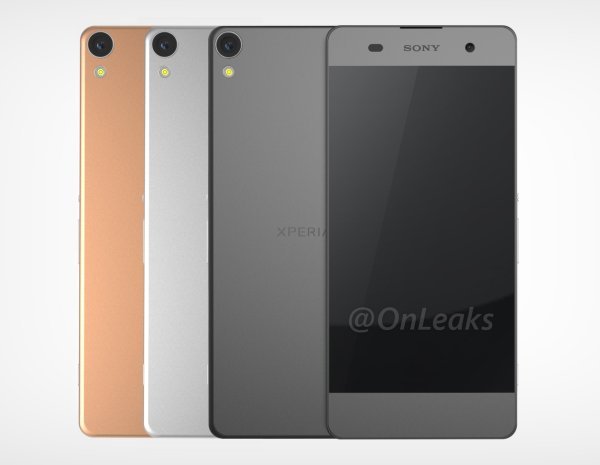 The Sony Xperia C6, a successor to the C5, will be announced during MWC this year and new leaked renders show that it has an almost bezel-less display.

We haven’t heard much about the C6, but a few leaks here and there, have surfaced in the last few months. The C5 Ultra from Sony has a very thin display bezel, and if these renders are correct, then the C6 will have an even thinner bezel.

The leak comes from @OnLeaks, who says that these renders are based on the official factory schematics of the device. A leak last month showed an unnamed smartphone carrying several of Xperia specific design cues.

The device was supposedly the Xperia C6, and it featured a round Power button, volume keys below the power button and an all metal design. This is where we first saw the super slim side bezels for the display.

We’re not entirely sure what hardware Sony would include on this device. The C series smartphones are usually mid-range devices, which feature decent hardware and are well priced. The last C-series device was the C5 Ultra, which was more of a phablet than a smartphone. It had a 6-inch display with mid-tier hardware.

The C4 and C3, both had 5.5-inch screens, so it’s possible that the C6 will also feature a similar size display. Since the bezels are thinner, the entire phone could be smaller in size that its predecessors. The 5.5-inch display will be of 1080p resolution with 424 PPI pixel density.

As far as internals go, the C6 is rumored to use a 64-bit Octa-core MediaTek Helio P10 processor. It could also be given a good 3GB of RAM to run all the tasks smoothly on that big display.

The leaked renders show the device in three colors, so they should be available in Black, Gold and Silver options. Decent front and rear cameras and a nice big battery are also expected.

The Sony Xperia C6 release date, at this point, is anyone’s guess. However, we might see the device announced at Mobile World Congress 2016, during Sony’s event.