Snapchat, the world’s number 1 ephemeral messaging app, might soon get an update that will allow users to make video or audio calls, send stickers and more.

The app, available on iOS, Android and Windows Phone, has millions of users. It has grown substantially since its release, thanks to its disappearing photos concept. Users can share a photo or text with a contact, and it will disappear in 10 seconds.

The concept was nice, but there wasn’t anything else on the app. The company then added Stories, and a recent update added live filters, which has made the app more fun to use. The interface is not easy to use, and first timers will have a hard time to understand how the app actually works.

A new update could bring new features such as video calling, audio calling, stickers and more. The current version already lets you video chat with contacts, but not many people know how to use it. It’s fairly confusing and could use some changing.

That might all change with a new update. According to the leaked screenshots, the new Snapchat update will feature a new and improved chat interface. The developers of Snapprefs obtained the screenshots. Android users who have rooted their smartphone and are using the Xposed Framework will have heard of this awesome module. It lets you save snaps, download entire stories and lot more.

While sniffing through the public code of Snapchat, the developers found a new chat interface called ‘ChatV2’. The new interface will let users start a video call, audio call, share pictures and send stickers, right within a chat. 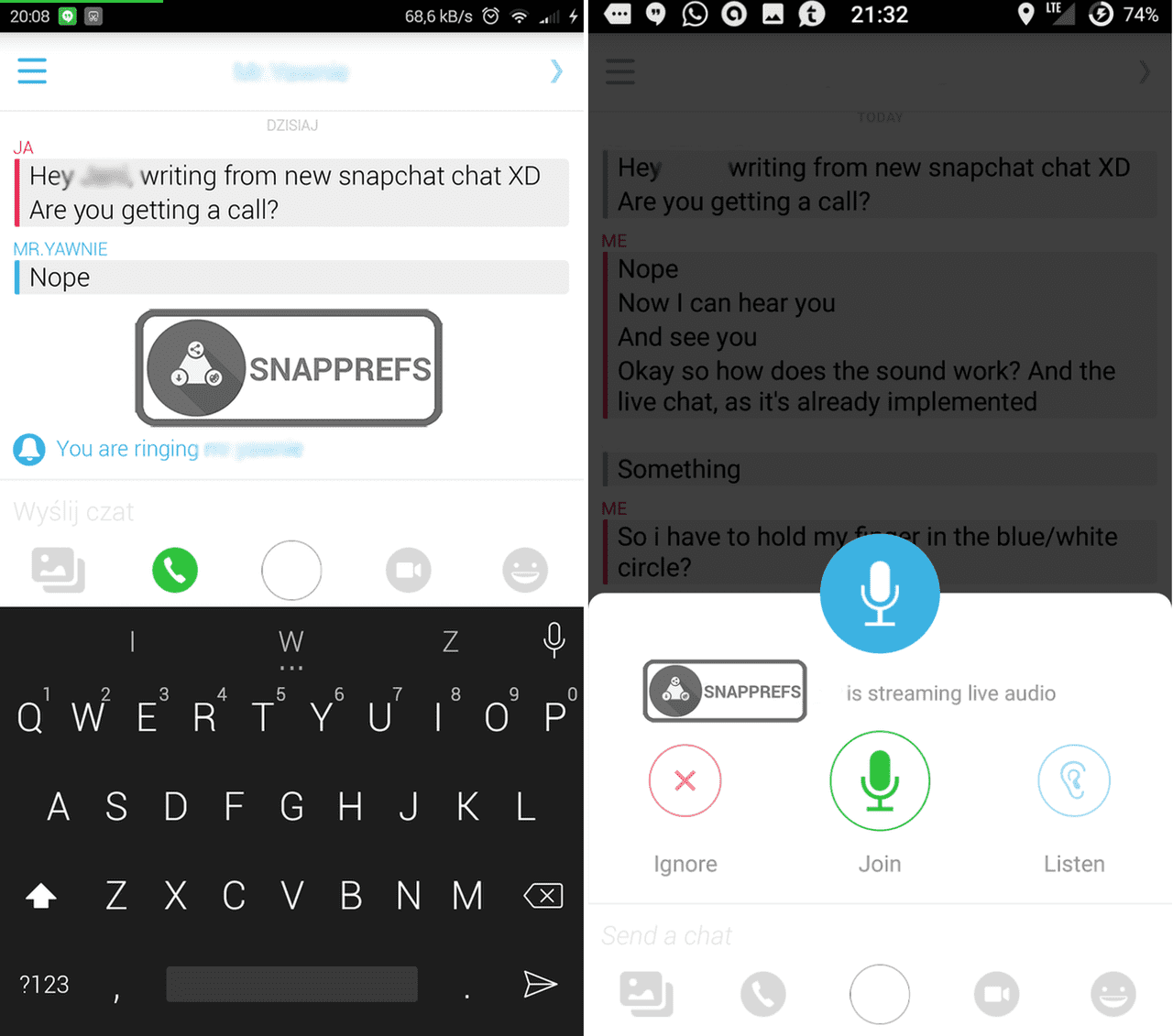 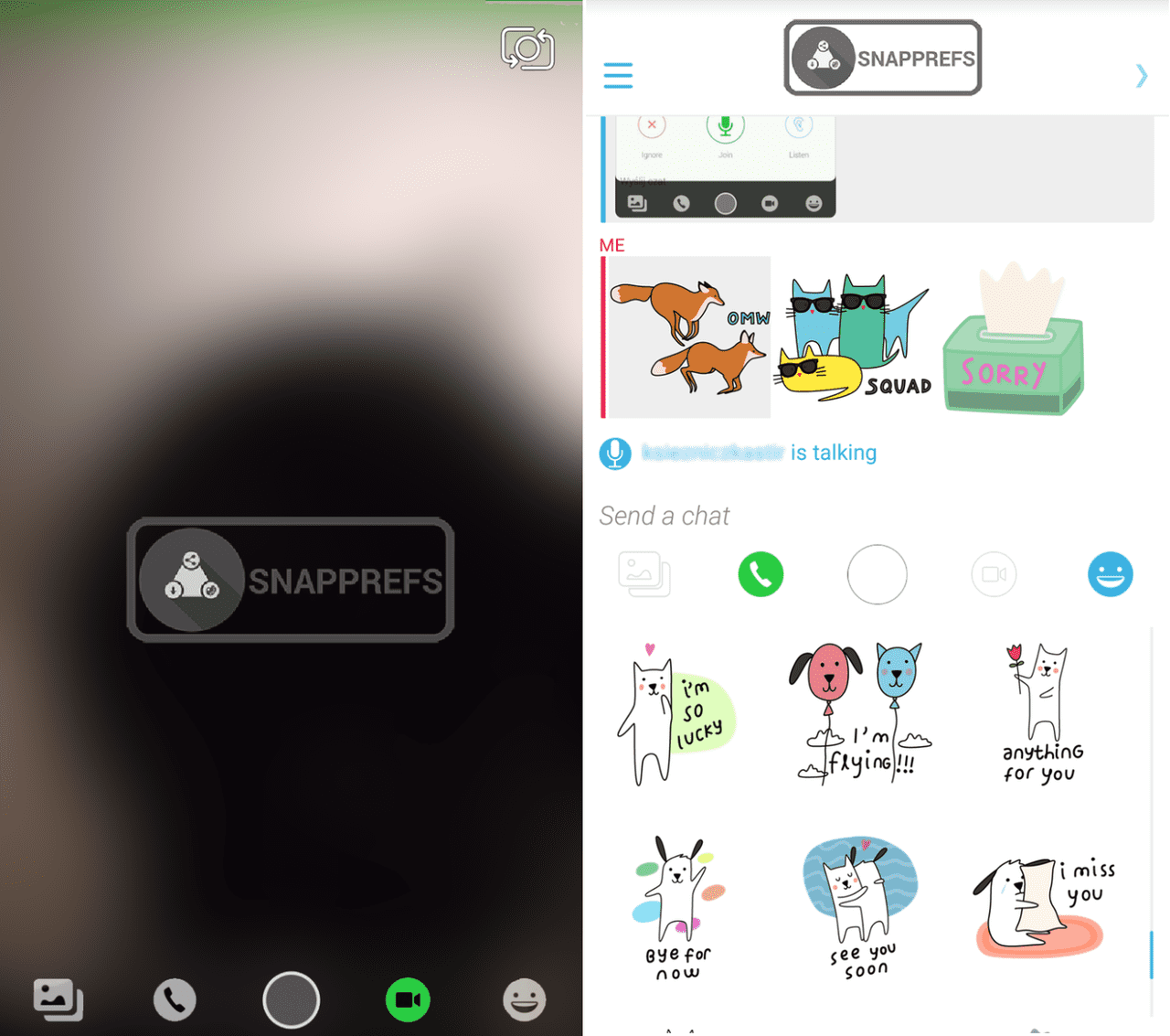 You can also share stickers with your contacts, but that only worked on a device running Android marshmallow.

The new interface is not guaranteed and could be something that Snapchat is testing internally. However, judging by how finished these features are, you might see video calling, audio calling, stickers and more in a new Snapchat update.