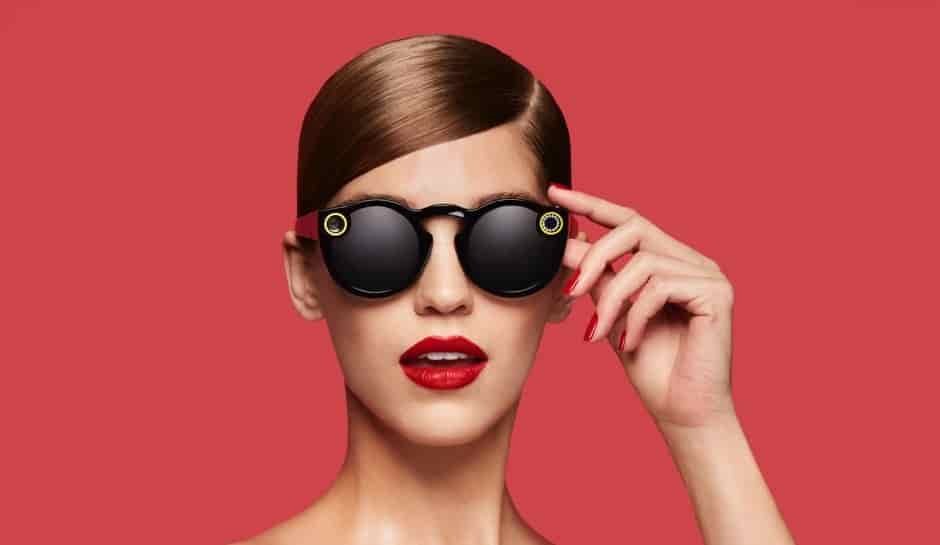 Snapchat decided to branch out this fall, and they are now entering the competitive realm of tech devices. It’s subtle, it’s slow, but sooner than many believe, “Spectacles” will be on the market, taking the place of the short-lived Google Glass, which is now a memory only few recall.

On first appearance, the Specs look like an average, colorful, pair of glasses. Upon closer observation, however, you’ll notice a small camera positioned on the outer corner. To active video-mode, you press a button on the side. It records for only 10 seconds, staying with the traditional Snapchat regulations.

In the beginning phase of production, there will be only one size and design, but it will be available for purchase in three colors – black, teal, or coral. 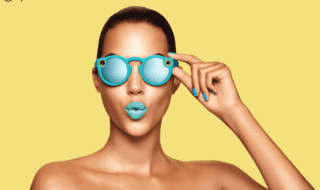 One of the most unique facets of this device is the 115° circular frame, instead of the usual rectangular video shape. It adds a dimension of reality, CEO and Founder Evan Spiegel, believes because it’s closer to human vision.

The video automatically transfers to your phone, being immediately available to then send the clip to your contacts on the app. Presumably, the video is yours interminably; the videos won’t delete within seconds as other photos/videos are known to do, on the platform.

Although the design and implementation are concrete, the timeline for advances is a little more up-in-the-air at this point.

We’re going to take a slow approach to rolling them out. It’s about us figuring out if it fits into people’s lives and seeing how they like it.

Meaning, when they’re first released, you’ll come across few of the devices, and for that matter, far between. A respectable price of $130 would have millions flocking to wherever they’re to be sold, but a limited number will be on supply, unfortunately.

Spiegel recalled his first vacation with fiance Miranda Kerr, the supermodel previously married to actor Orlando Bloom.“It was our first vacation, and we went to Big Sur for a day or two. We were walking through the woods, stepping over logs, looking up at the beautiful trees. And when I got the footage back and watched it, I could see my own memory, through my own eyes—it was unbelievable. It’s one thing to see images of an experience you had, but it’s another thing to have an experience of the experience. It was the closest I’d ever come to feeling like I was there again.”

Admittedly, this is a risky expedition. The prototype cost, coupled with the manufacturing design price and production total, will cost a pretty penny. If the glasses fall flat on their faces, the corporation could lose quite a bit of money.

Seth Stevenson, writing for the Wall Street Journal, asks Even “Why make this product, with its attendant risks, and why now?”

“Because it’s fun,” he says with another laugh.

The average net worth equated to Snap Inc comes in around $16 billion to $22 billion. The 26-year-old CEO has been described as “cocky,” but more and more developers are starting to see this college-dropout as wise beyond his years. He began this now mega-company (which employs over 1,000 workers, and has offices in three separate continents) while in college, with the goal of making social media more casual. The concept of being able to send pictures without the worry of being perfect, or it causing permanent damage to your reputation was excessively appealing to particular audiences (although the idea of sending risque photos quickly faded, as anyone could quickly screenshot the picture before it deleted).

“More than 60 percent of 13-to-34-year-old smartphone users are now on the app. Snapchatters send more than one billion Snaps a day and watch more than 10 billion videos. Among the younger generation, Snapchat has essentially become what television was for baby boomers. Consider a stat that Snapchat employs to woo advertisers: On any given day, the app reaches 41 percent of all 18-to-34-year-olds in the United States, while an average TV network in the top-15 for the same demographic reaches six percent.”

In an effort to re-brand and connect to the tech audience, Snapchat has changed their name to Snap Inc.

Internet-connected photography is really a reinvention of the camera.

To Evan, Snap Inc is far more than a social-media corporation, if that at all. “It’s a camera company.” Previously he delved into the past of prestigious photography institutes and developers like Kodak and Polaroid, and the ways in which they presented themselves to the public eye, how they gained traction amongst society. He’s incorporated those techniques into Snapchat, which is one of the reasons for its unmatched success.

When they finally arrive, do you see yourself buying a pair of these flashy glasses? 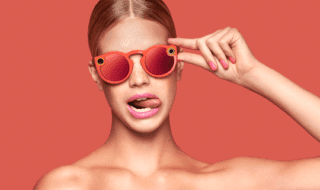