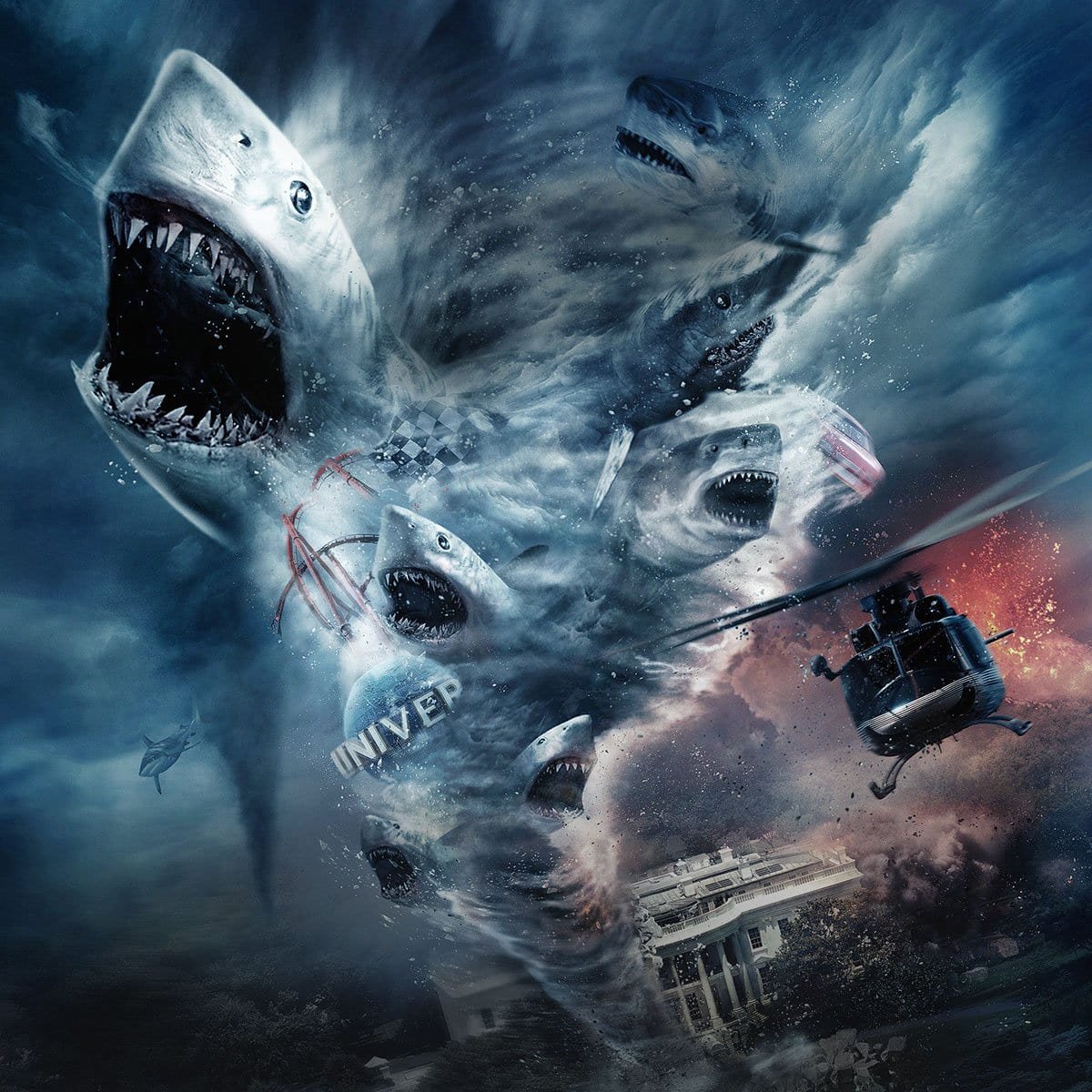 Yes, you heard it; Sharknado 4 is hitting Netflix this weekend. The hit horror comedy sci-fi movie series has not disappointed as it has had a steady release date every year so far. Man eating shark infested waters has never been this exciting, as Fin and April battle through it all while trying to keep their teenage daughter Claudia safe and out of harm’s way. Sadly, though, throughout the series, no matter where they go, they always encounter a Sharknado and more.

Los Angeles gets covered in man-eating sharks as a result of a freak tornado causing water spouts which pick up man-eating sharks from the ocean. As the bars and boardwalk get destroyed by the flood, we follow the story of Fin, a bar owner, and avid surfer, and his friends, Nova, George, and Baz. They set out to rescue April and Claudia, Fin’s estranged wife and teenage daughter, from the freak man-eating shark tornado.

As the series continues, we see how Fin and April continue their journey to New York for April to promote her book that she had written on how to survive freak natural disasters. During their trip, they encounter another storm where yet again they are attacked by man-eating sharks in another Sharknado. April’s hand gets bitten off and Fin has to deal with the family crisis and try to warm the city of its impending doom. In the third film of this series fin and Nova set out to stop the newly forming sharknados and fognados after being devastated by one in D.C. Fin sets out to get to his ex-wife and daughter in Florida while they are at universal Orlando.

The dashing Ian Ziering plays the all enduring hero we know as Fin Shepard alongside Tara Ried as his ex-wife and Sharknado fighting April Wexler. Teenage daughter Claudia Shepard is played by the lovely Ryan Newman. The invisible team of friends Nova Clarke, played by Cassie Scerbo and Lucas Stevens, Nova’s partner, played by Frankie Muniz and not to mention the great David Hasselhhoff playing the role of Fins father, Gilbert Grayson Shepard.

With its release date having been confirmed for July 2016, Sharknado 4 will be airing on Netflix this weekend. The wait is finally over.