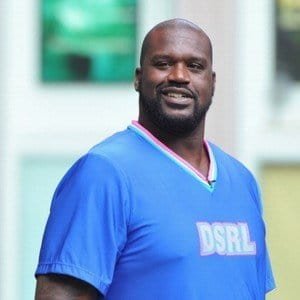 In recent news, “Shaq” Shaquille O’Neal, teamed up with Gainsville, Florida cops to surprise a group of young boys that were reported by a bi-stander to be causing problems. However, the reason they were disrupting neighbors is shockingly innocent; the group was only playing a game of Basketball, too loudly!

According to ABC News, the officer said “Can you believe someone is calling to complain about kids playing basketball in the street? I obviously don’t have a problem with it,” White can be heard saying in the dashcam video that has gone viral with more than 15 million views on the Gainesville police Facebook page.” As found on an ABC News report.

The response to the call went viral as the Officer’s demanded a rematch game and included a hashtag titled #HoopsNotCrime. It was a shock to the young boys when “Shaq” Shaquille O’Neal, arrived. He gave the boys inspiring lessons and told them through respect of others, and passion that is how he found his way in Basketball.

Shaq O’Neal continued his speech, making the boys also repeat a mantra that was “I will become whatever I want to be,” they said together as a group. “I will be a leader and not a follower. I will respect my peers and my elders and especially my parents.” As quoted from ABCNews.com.

“Shaq” Rashaun Shaquille was born March 6,172. He is a retired NBA Basketball Player. He stands a staggering 7’1 weighing in at 325 pounds. He has been respectfully noted as one of the heaviest Basketball players to play in the NBA. His career began in 1991 when he attended Louisiana State University, he majoring in business. He played on the college Basketball team and that year was nominated Two-Time All-American, SEC Player of the Year. He received the Adolph Rupp Trophy. Throughout the years, he has become a three-time NBC Champion. As he progressed in Basketball, landing on many basketball teams, he also gained several different nicknames. These included “The Big Cactus”, “The Diesel”, “The Big Daddy”, “Superman” and numerous others. He has landed many different roles on TV and in movies also. Some of these included a temperance on “WWE RAW” he was the Special guest ringside enforcer in a match between Cryme Tyme and the Unified WWE Big Champions, Chris Jerricho and Big Show. However during that time, there was a conformation resulting in O’Neal shoulder blocking Big Show. He has also appeared on Aaron Carter’s 2001 music video, “That’s How I Beat Shaq”. Shaq also lived a short career in MMA in 2000 when he began training. Shaq learned many different disciplines those included Jiu Jitsu, Boxing, and Muay Thai. Shaq has one daughter from a previous marriage. Shaquille O’Neil owns a mansion in Florida. He took it upon himself to build his own at home movie theater as well as an indoor Basketball Arena. Shaquille O’Neal has a net worth of $350 million with a salary of $20 million.