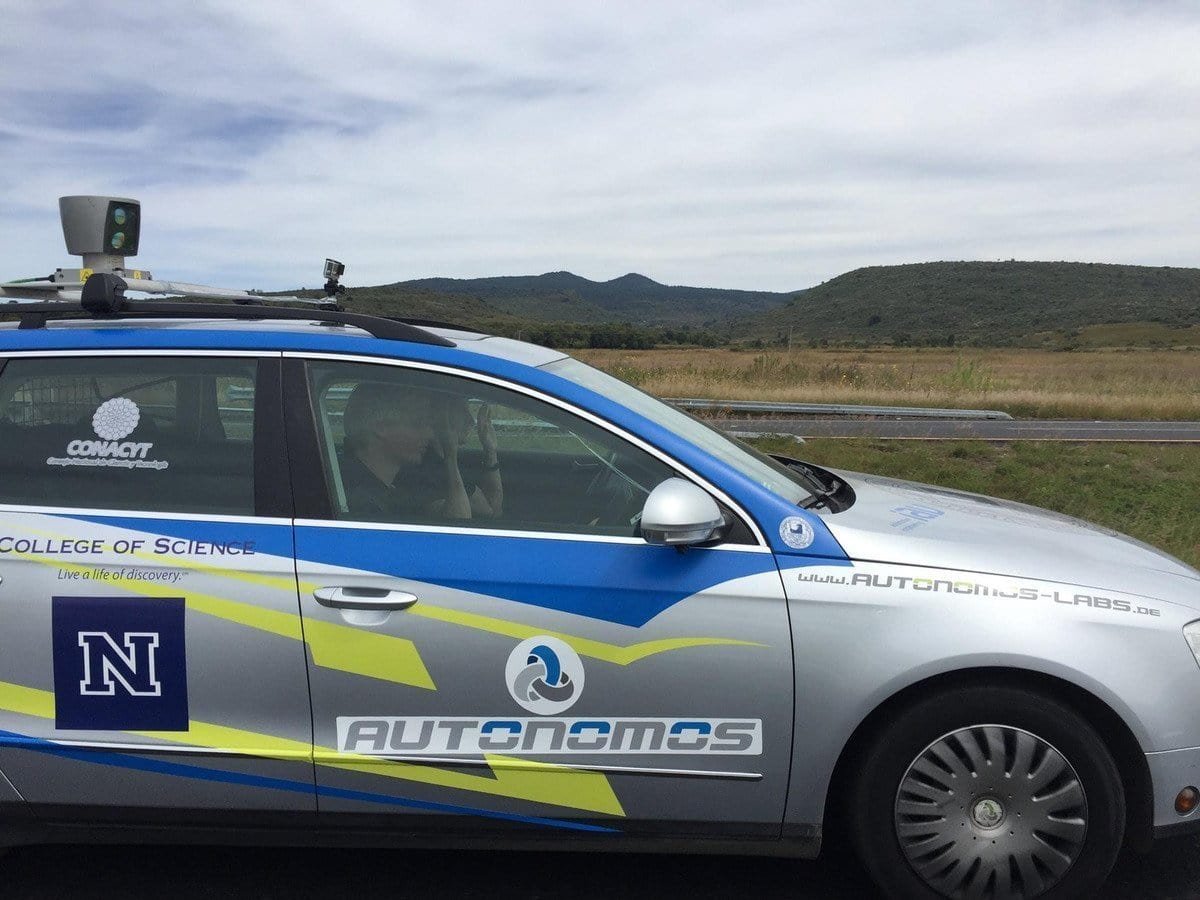 High-tech Volkswagen Passat (2010) station wagon named Autonomos, equipped with 9 cameras, 7 laser scanners and 7 radars, drove around 250 to 300 miles a day, with a pre-programmed route set by self-driving software, where the car was able to self-handle maneuvers like braking and lane changes on the fly.

Rojas reported that the 1,500 mile ride was smooth, other than fresh pavements without lane markings causing a slight issue. Prior to starting the trip, Rojas and his team completed 4,000 miles in and around Nevada, to gather as much information as possible, with additional 10 days in the lab checking the data for glitches.

Rojas believes self-driving car systems that can do much more than just safely guiding a car but can also predict the behavior of drivers and pedestrians.