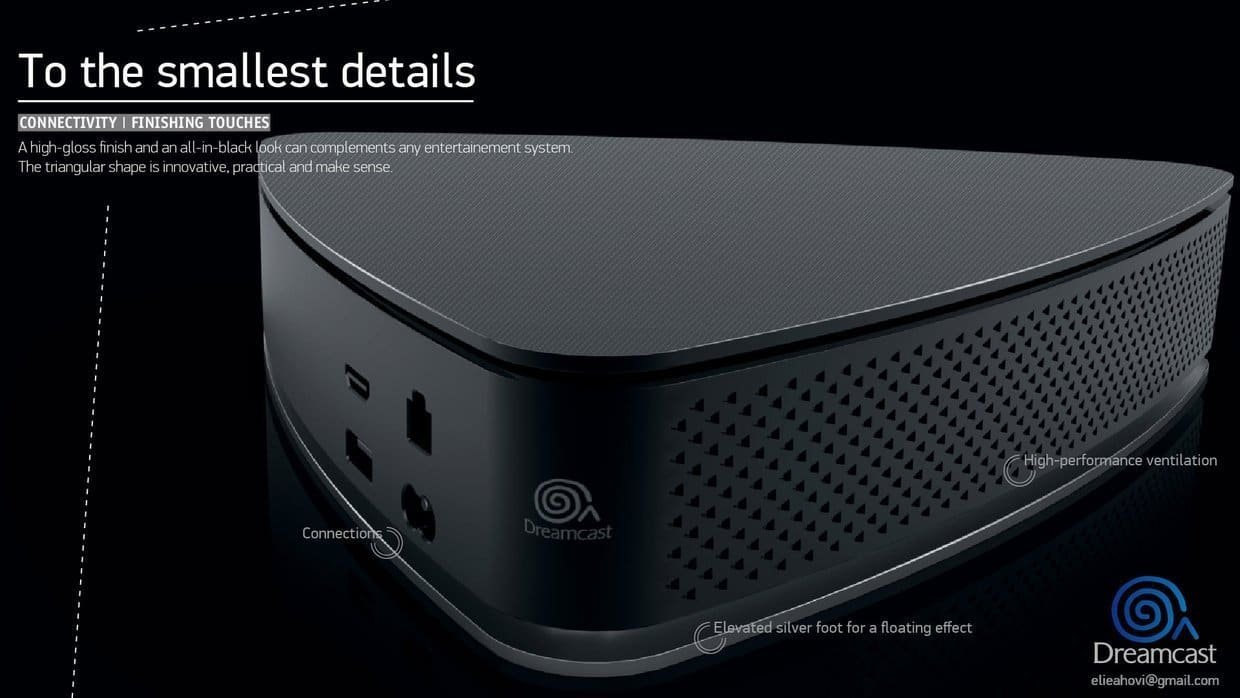 Sega Dreamcast 2 Rumors – Could SEGA Be Making A Console Comeback?

I’d never believe it had I not seen it for my own eyes. After their brutal defeat regarding the Dreamcast, SEGA is reportedly making their next console, dubbed for the time being “Project Dream” or the Dreamcast 2.

The goal of this new console is to bring a PC-related console to the gaming market. Now this sounds a lot like products such as the Steam Machine and Alienware, and there’s no doubt that the SEGA Dreamcast 2 could be competing with it, but there’s more to this new console than just that. SEGA wants to revive the brand and right the wrongs they made years ago. In fact, one of the biggest mistakes of the SEGA Dreamcast was that it was clearly ahead of its time. Well now it’s 2015, and any futuristic changes would be more than welcomed among the gaming community.

The Gaming Ground has said that Patrick Lawsen, a dedicated member of the team involved in reviving the Dreamcast has been hard at work with interns from SEGA of Japan as well as some OEM workers. Apparently they’ve been making a lot of leaps and bounds with the Dreamcast 2, and could even bring it out in the near future, possibly even 2016! Lawsen has since stated this regarding the project:

If we can get just a million backers worldwide, our upcoming KS could be funded in record time and with SEGA licensing it could have it out on the market in less than a year!

SEGA should be unveiling some new Arcade hardware at AOU in February. We have interns involved. They will present the ideas to SEGA of Japan next Quarter. SEGA will revive its old IPs.

Reviving old IPs. Does this mean we could see old favorites like Shinobi and Ecco the Dolphin reappearing for a new generation? Could SEGA finally turn Sonic into the gaming behemoth he once was? Only time will tell with the Dreamcast 2. The product aims to run old and new SEGA titles, so that during launch, players will already have access to a library of classic hits. The Dreamcast 2 will operate on an Intel Core i5 Haswell to provide proper HD gaming.

If SEGA can pull this off, this will put them back on the map as a console competitor after years of making games for other companies. I’d be very interested to see what kind of new titles they’d pull to win gamers over who’ve been playing the likes of Nintendo, Sony, and Microsoft for the past ten years. The whole thing started as a fan petition, but because of the support, it’s becoming a true reality.

I’m interested in this. I’d be more than happy to see SEGA turn themselves around from a laughingstock to a force to be reckoned with. I guess we’ll just have to see how this plays out.