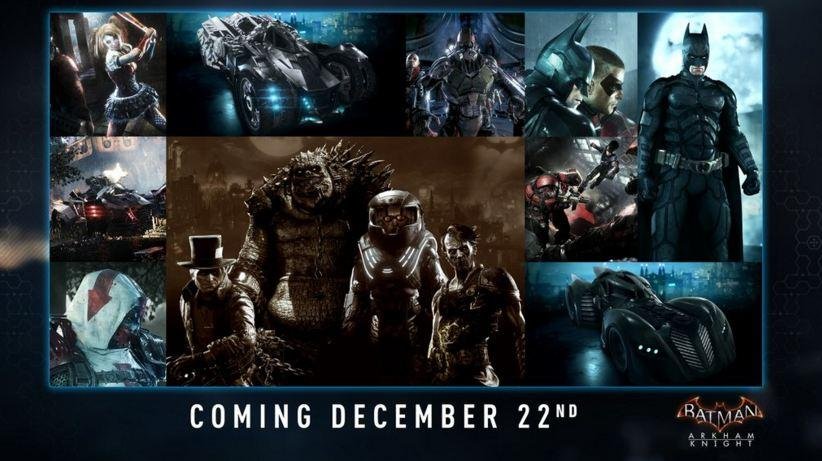 The Season of Infamy DLC update features new villains to fight, the 2008 Batman Begins movie suit, new Batmobile and plenty of new missions. The update will be available on the PlayStation 4, Xbox One and Windows.

Rocksteady Studios, the game developer, posted a video on YouTube detailing the new DLC update that’s coming out today, December 22. This is the final update for the Batman: Arkham Knight game.

If you didn’t already know, Batman: Arkham Knight is also the last game in the series. Or is it? There are rumors that another Batman game or DLC featuring Scarecrow is in the making.

As mentioned in the beginning, the DLC will feature several new villains, such as Mr. Freeze, Killer Croc and more for Batman to fight. It would also include new skins, the 2008 Batman Begins movie Suit and the Batmobile from Arkham Asylum.

The new DLC update will also include some other goodies from the very first Batman game, Arkham Asylum. The developers wanted to give Batman a proper send-off in the last DLC ever.

Watch this video of what’s new in the DLC update that’s coming out today.

[youtube id=”LZz07bsWFEI” align=”center” maxwidth=”849″] To download the DLC, you’re going to need to have the Batman Arkham Knight Season Pass. Are you excited about the new Season of Infamy DLC for Batman: Arkham Knight?
Share Tweet