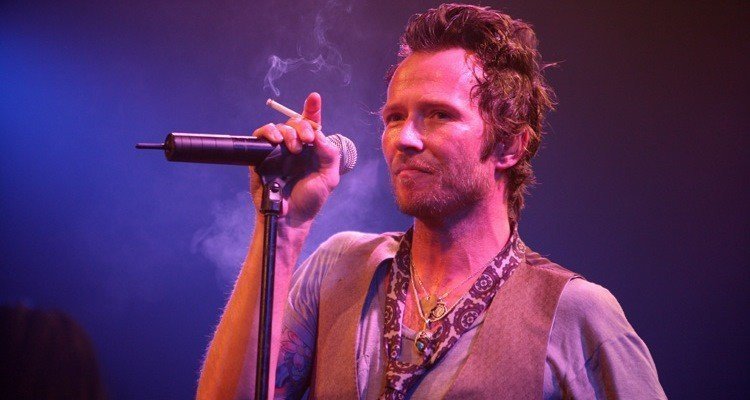 American musician Scott Weiland took his last breath at the age of 48, and was found dead by his wife. The news of his death became public right after musician Dave Navarro tweeted- “Just learned our friend Scott Weiland has died. So gutted, I am thinking of his family tonight.”

One of the prominent musicians in the American music scene, Weiland was the lead singer of the Stone Temple Pilots, from 1986 to 2002 and again from 2008 to 2013. In between, he joined the supergoup Velvet Revolver for 5 years until 2008.

Born on October 27, 1967 in California, Weiland spent his childhood in Ohio and moved back to his hometown as a teenager. With interest in music right since his high school days, Weiland started band while studying at the Edison High School in Huntington Beach.

His first band, Mighty Joe Young which he formed together with Robert DeLeo in the late 80s, evolved as the Stone Temple Pilots.

Weiland was a drug addict for several years, before he stopped using it a few years ago before death. His strange behavior on stage with fans and other musicians revealed the same. However, he denied claims of using drugs in a 2014 concert stating ”Past demons are past demons; that’s stuff that I dealt with 14 years ago.”

Weiland was also convicted of being involved in trading crack cocaine in 1995 for which he was sentenced to a year in probation. He also was charged on drug possession charges while also being arrested a couple of times before he moved to rehab in 2008.

3. He was found dead in his tour bus

Weiland was on a music tour with his band The Wildabouts and was found dead on his tour bus in Minnesota. His official Facebook page stated that he passed away in his sleep and that the privacy of his family be respected.

A show in Medina, Minnesota was also cancelled previously for slow ticket sales.

Weiland was married to Janina Castaneda for six years until 2000 and he then married model Mary Forsberg in 2000 with whom he has two children.

The couple divorced in 2007 and he then married Jamie Wachtel in 2011.

5. Scott Weiland’s net worth is $10 millions

Weiland made most of his fortunes as a musician, lyricist and vocalist and currently has an estimated net worth of $10 million. His earnings in recent years came through several concerts and shows around the country. Shangri-La-Dee, one of his albums in 2001 made a whopping $750,000 just with the sales while his 1999 album No. 4 made an estimated $1.5 millions.