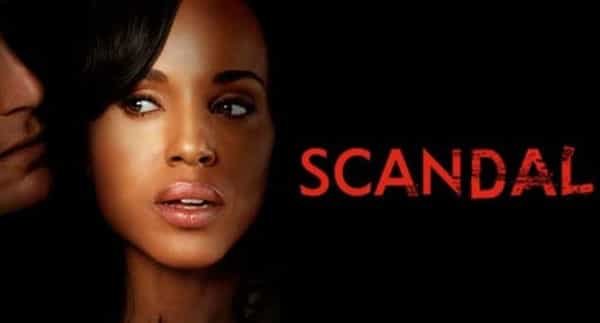 Millions of fans eagerly watched Scandal’s mid-season finale, which aired on ABC on the 19th November.

There was much speculation in the run up to the final episode of 2015 – aptly titled “Baby, It’s Cold Outside” – as to the fate of the characters. But Scandal is a TV show that’s all about unexpected twists and turns, and things didn’t quite turn out as many fans expected.

For one, the fate of Olivia and POTUS Fitzgerald Thomas “Fitz” Grant III’s relationship was not the show’s mid-season cliffhanger. Doomed to being a trophy wife, Olivia pushes back, which leads to an angry confrontation and the realization that she and Fitz are no longer meant to be.

Meanwhile, Huck finally starts to show his more human side. After having captured Rowan, he relents and releases him in the name of Olivia.

The episode ends with Olivia at home, sporting a new sofa and happy to be back for the Christmas holidays, whilst Fitz is sad and alone.

What’s next for Scandal’s fifth season?

For the time being, ABC hasn’t been very forthcoming about what’s next for Olivia and co. In fact, even the title of the next episode. When does Scandal come back on? It is scheduled to air on the 11th February 2016, and is still under wraps.

But what are fans expecting?

Of course, there will be a lot of questions about whether Olivia and Fitz are really through this time. After all, they broke up before and it didn’t last. That said, Olivia’s abortion is nothing short of a game-changer. Fitz is going to be utterly devastated by the news. 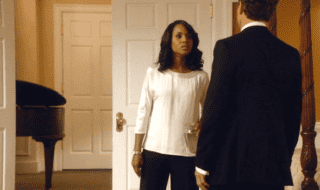 It will also be interesting to see what happens with Jake and Rowan. At the end of the mid-season finale, Jake is waiting outside Rowan’s house when Huck drops him off. But is he there because he’s ready to forgive and move on, or is he bound to betray him again at some point?

What are your expectations for the second part of season 5? Sound off in the comments section.