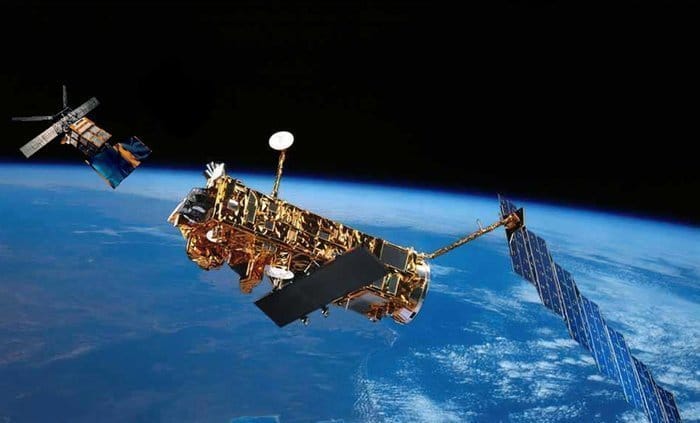 Satellite Envisat Could Cause Chaos on Earth

The observational satellite Envisat orbits outer space capturing images of land, atmosphere and oceans. This provides a valuable source of information and is one of the most powerful satellites ever used for sending images of critical aspects of the earth especially those which are linked to global warming. Over the years scientists have been able to build up a better picture of how the earth’s climate is developing and thus take appropriate action to make the world a safer place. Envisat could be better described as a global watchdog which orbits the earth with its ten powerful instruments to provide pictures of the land, oceans, atmosphere, snow and ice coverage. However, there is one disadvantage to this orbiting observatory; it is completely unmanned. Therefore Envisat poses the risk of colliding with other satellites. This would cause a collision which could leave a cloud of space junk hovering above the earth.

The much publicised and highly acclaimed movie ‘Gravity’ which recently hit cinemas across the globe starred George Clooney and Sandra Bullock. It entertained and delighted movie buffs by the million. But is there more to this movie than meets the eye? Whilst its storyline is purely fictitious the content eerily predicts a sequence of events which could unfold here on earth. The observational satellite Envisat orbits the earth without any human intervention. There are no means of controlling its direction and therefore the risk of it colliding with another satellite is high. This in turn, could cause a potential collision with a further satellite equally orbiting the same route. Such a collision would create an enormous field of debris which would hover in outer space. Professor George Fraser, Director of the University of Leicester’s Space Research Centre describes the process as “being similar to a large truck cutting across all four lanes of a motorway”. When put like this, it is easy to see the massive risk that is at stake. Whilst it would make sense to de-orbitise Envisat; the cost would be enormous. It would require at least 140kg of fuel to position it 25 years away from earth. Although most of the waste would burn in the atmosphere, there is the risk that larger objects could reach earth. NASA claim that one piece of space debris falls to earth every single day, this has happened for the past fifty years!