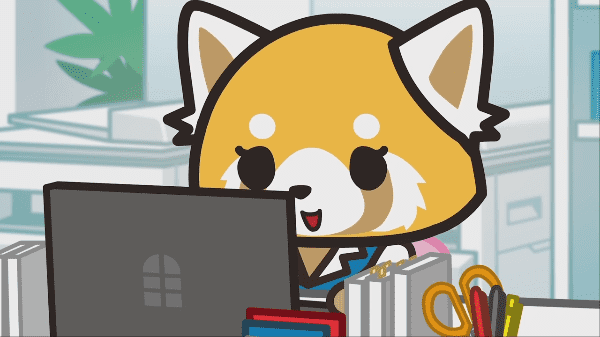 Here is a good news for all those Sanrio fans who love to see those cute little adorable pastel characters of the Japanese company. We are going to have a new character in the game. Most importantly, the new character will do daily lifestyle activities like going to an office, doing beer and more. You know what! Sanrio’s new character loves to hear heavy metal bands rocking the ears. The new pastel character is unique and also a modern world persona.

The New Red Panda Who Has An Office Job

She is a 25 years old cute Red Panda with a Type A blood. She works as an accounting department associate in a trading firm in Tokyo. Her company is located in one of the biggest metropolitan areas of the city. She is living her dream job in her dream place. However, she has a monotonous routine.

Her Daily Routine That Makes her Bleed

She wakes up every morning and travels to her office in a crowded train filled with the smell of sweat. And what happens at her job will need a separate “Office Space” sequel. She works hard to finish her day’s work only to get more pressure from her unsympathetic bosses. They load her with harsh deadlines, which makes her go totally mad. Our poor little red Panda’s eye starts bleeding and she pours herself a drink to forget the pain of her hardships. She also finds comfort from her favorite heavy metal karaoke.

Isn’t she an interesting character? Adding on, our Red panda looks cute even when she is facing all her breakdowns at work. So what is her name? Sanrio has named this bizarre new character as Aggretsuko.

So, she is an aggressive female with ‘round edges and big head’ that make her look cute all the time. Hello Kitty has already brought us such weird characters in the past like Kirimichan, the salmon filet and that peculiar sleepy egg named Gudetama.

People Fall In Love With Their Cuteness

Sanrio introduced Aggretsuko in their official Twitter post along with a video featuring the new character. Sanrio has developed a cult of fans world wide since its first launch in 1960. On the other hand, Yuko Yamaguchi, the Hello Kitty designer is now a celebrity. We can even say that the company’s success was also due to the cuteness we see that these characters carried.

Dave Marchi, the senior director of brand management from Sanrio an earlier interview that every time we look at the characters it is like we are “almost in love.” However, in case of Aggretsuko it is not just the love but the entirely unique characterisation that makes us love her more.