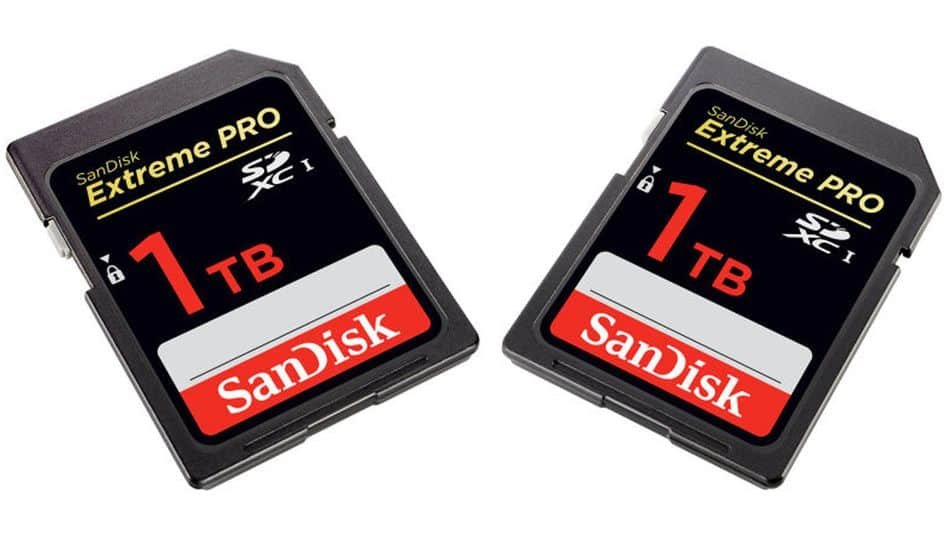 It wasn’t that long ago that Western Digital, SanDisk’s parent company, introduced their first 64 MB SD memory card. 16 years ago to be exact. Now, at the Photokina 2016 photography show, the company introduced a prototype of a 1 TB (1,000 Gigabytes) memory card that is the same size as that original 64 MB card. 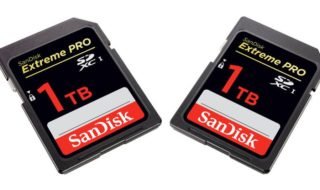 In a press release about the memory card, Dinesh Bahal, the vice president of product management and content solutions at the business unit for Western Digital said,

Showcasing the most advanced imaging technologies is truly exciting for us.

The release also mentions that the prototype “represents another significant achievement as the growth of high-resolution content and capacity-intensive applications such as virtual reality, video surveillance and 360 videos are progressing at astounding rates.”

Currently, the highest available storage card offered by SanDisk is still a mind boggling 512 GB. A card of that size would able to store the following: 4 hours of 4k video, 12 hours of 1080p HD video, an astonishing 125,000 songs, or 33,280 photos at 22 mp. Now, roughly double those numbers and that is what the new 1 TB card could hold.

When first introduced in 2014, the 512 GB card retailed for around $800. However, the prices have dropped to around $400 for a high-quality card from SanDisk. No price was mentioned at the show or in the price release. However, a consumer could expect to pay well over $1,000 for the new card when it is introduced to the public.

Prototype Only and How Much More

No release date has been set yet, and this is only a prototype that was introduced. However, a reasonable expectation barring any delays in manufacturing would put the product in consumers hands within the next year, base upon past prototype cards from SanDisk and when they were released.

In truth, the consumer’s quest for more storage, more media, larger… well… everything, is unquenchable. We hunger for bigger, better, faster, more always. It is what we have been brought up to want, especially with the speed at which technology has grown in the last decade. It is hard to see the future, but it will certainly be a very exciting time to stay tuned and to see what they come up with next.