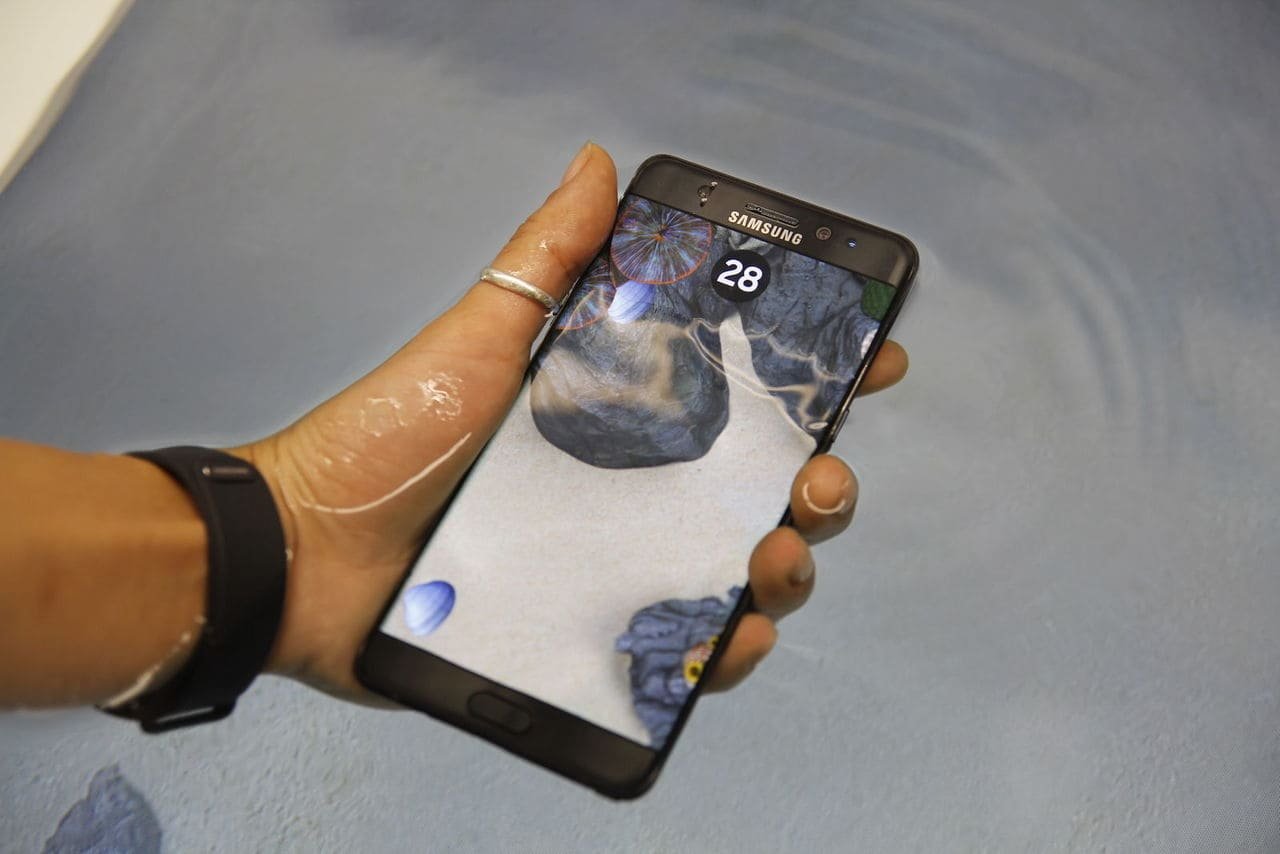 The recently released Samsung Galaxy Note 7 isn’t doing very well at the moment thanks to a problem with its battery overheating and exploding.

So far, there have been over 70 cases of the Note 7 over-heating/catching fire/exploding when connected to a charger. And that’s just in the United States and Canada.

Yes, that’s not really a big number, but it’s still a risk that you shouldn’t be taking.

The Galaxy Note 7 did very well, and it should have, as it is a very good smartphone. However, due to this battery fiasco, Samsung had to announce a recall for the Note 7.

The company will have to recall around 2.5 million handsets and that’s a huge loss for them.

This has also tarnished the brand image and value that Samsung has. Several airlines around the world have asked fliers to not bring their Galaxy Note 7 smartphone on their flights. Carriers, sellers, and Samsung themselves are urging consumers to return the device.

The company is blaming a small fault in their battery for the explosions and fires. They will use a battery from a different manufacturer for new Note 7 devices.

The company has taken this issue very seriously and is working on a temporary fix. This fix is for those who haven’t replaced their Galaxy Note 7 yet or aren’t too bothered about their phone catching fire or exploding.

Because this is a fault with the battery, Samsung’s temporary fix will stop the battery from charging more than 60 percent. This will bring the battery capacity of the Note 7 down to 2100 mAh and keep its density on a safer level.

How are they going to do this exactly? Well, the company is working on an OTA software update that should push this fix to all the Galaxy Note 7 sold so far. The update is supposed to start rolling out on September 20 in South Korea.

As of now, it is believed that the update will only be rolled out in South Korea. However, it’s very likely that Samsung will also provide this temporary fix for users in other parts of the world.

After all, no one can force an unwilling customer to return their device and go through all the trouble.

While this is going on, China has been one of the markets where Samsung was safe … until now.

That’s because the Galaxy Note 7 units shipped to China used ATL batteries, which were considered safe. Going forward, the same batteries are expected to be used in all Galaxy Note 7 handsets, after they dropped the dangerous, exploding Samsung SDI from its battery supply line.

Latest reports from China report a Galaxy Note 7 explosion in China. Samsung and ATL, both say that it has nothing to do with the battery.

Samsung issued a statement to TechWeb, a Chinese website, stating that the device went up in flames due to external heating. The cause of external heating is not yet known or what exactly ‘external’ heating means.

While we await more information on the Chinese incident, have you sent back your Galaxy Note 7 to Samsung?

If you’ve sent your faulty Galaxy Note 7 back to Samsung for replacement, you will get a brand new device. The company said they will start sending out replacements for the Note 7 with a new non-faulty battery on September 19.

We recommend that you replace your Note 7 right away and get a new one. However, if you don’t want to do that, you may want to wait for the software update to be released. It may shorten the Note 7s’ battery life, but hopefully it won’t explode in your hand.

The Galaxy Note 7 exploding fiasco is still not over, as there have been new complaints about ‘fixed’ Note 7 devices also catching fire.

Samsung has received more than 20,000 pre-orders since the Note 7’s relaunch on Saturday, September 30. Will it do well? Only time will tell.

Are you still going to wait for this temporary fix for your Galaxy Note 7 or get a replacement?