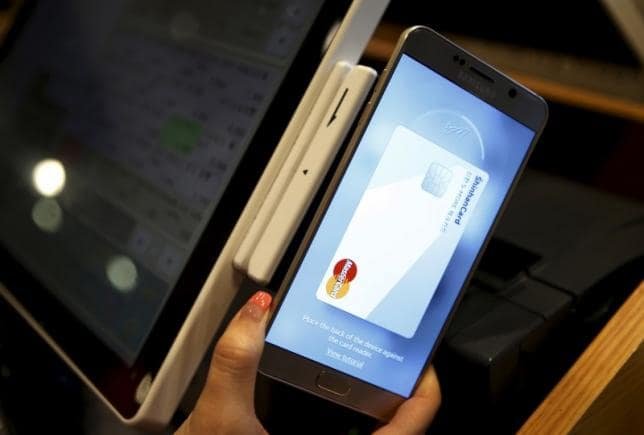 Samsung Pay Online Shopping Coming to U.S: Will it be Better than Apple Pay?

The South Korean mobile giant will be allowing users to shop online and pay using Samsung Pay in the United States in 2016.

Samsung introduced the new mobile payment systems with their latest flagship smartphones, the Galaxy S6 series and Note 5. If you own one of those devices, then you probably know how easy Samsung Pay is to use.

Starting early in 2016, users in United States will also be able to use the service to pay for purchases online. Apart from allowing users to shop online, the company will bring the service to several other low and mid range Samsung smartphones.

Will Samsung Pay be better than Apple Pay in the U.S?

Well, it kind of already is. The service has been available in the U.S for some time now. Also, it works with all kinds of magnetic strip payment terminals, unlike Apple Pay. With Apple Pay, retailers had to install new type of equipment for the service to work.

Allowing users to pay for online purchases using Samsung Pay will put the service ahead of Apple Pay. It would also be competing with the likes of PayPal.

Thomas Ko, global co-general manager of Samsung Pay, stated that Samsung Pay online shopping services will begin rolling out in the U.S in 2016. He also said that more countries will be added to the list, but no proper release date has been provided.

Do you use Samsung Pay? What do you think of the service? Would you be willing to use the service to pay for online purchases, instead of PayPal?