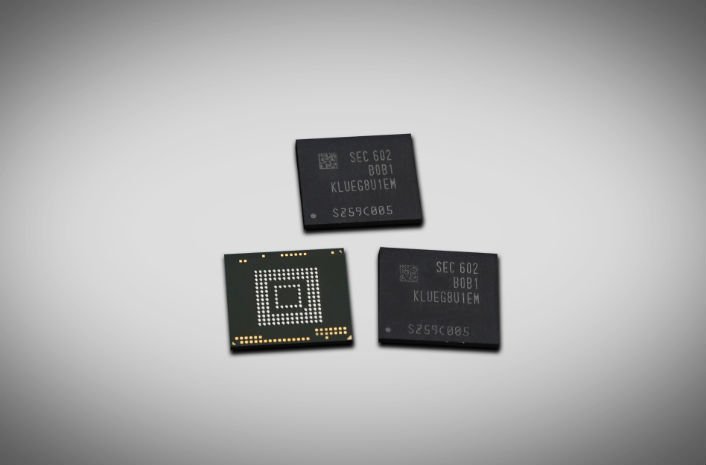 Future smartphones, as early as 2017, could be available whopping 256GB of storage, thanks to a new UFS 2.0 chip made by Samsung.

As of now, the maximum storage on a smartphone is about 128GB, so the new chip will offer twice the amount of storage. You could probably just use your smartphone as an external hard drive. UFS 2.0 (Universal Flash Storage) is much faster than eMMC storage and even desktop SATA SSD storage. Joo Sun Choi, Executive Vice President, Memory Sales and Marketing, Samsung Electronics, stated;

“By providing high-density UFS memory that is nearly twice as fast as a SATA SSD for PCs, we will contribute to a paradigm shift within the mobile data storage market. We are determined to push the competitive edge in premium storage line-ups – OEM NVMe SSDs, external SSDs, and UFS – by moving aggressively to enhance performance and capacity in all three markets.”

Samsung says that the new storage chip will only be used on high-end smartphones and tablets. The new UFS 2.0 chip will help increase app load times, file transfer rates and make your smartphone much snappier. Oh, plus you get 256GB of internal storage, couple that with another 200GB of microSD storage and you’ve got yourself a good vacation with plenty of photos and videos.

The recently released Xiaomi Mi 5 uses UFS 2.0 128GB storage, which allows for data transfer speeds up to 850MB/s. Manufacturers could start using this new storage chip in 2017 smartphones, and we may also see this on the Galaxy Note 6.