A new Samsung Gear S2 update is now available for all versions of the smartwatch and it includes new apps, watch faces and more.

The Gear S2 is the round smartwatch from Samsung and comes in three variants, the Gear S2, Gear S2 3G and Gear S2 Classic. All three watches have a 1.2-inch screen with a resolution of 360 x 360. A dual-core 1GHz processor powers them and runs on a version of Samsung’s Tizen OS. It is quite different from other round smartwatches, as it features a rotating bezel that is used for interacting with the watch.

The latest Samsung Gear S2 update includes new apps such as ESPN, News Briefing and World Clock, along with a bunch of new watch faces. Several old apps have also been improved. You can now perform a search in the Contacts app, and there’s a new scree-timeout setting. A new indicator is shown on the watch face for unread notifications and when the Bluetooth is disconnected. Also, you can now type in Emojis using the keyboard. 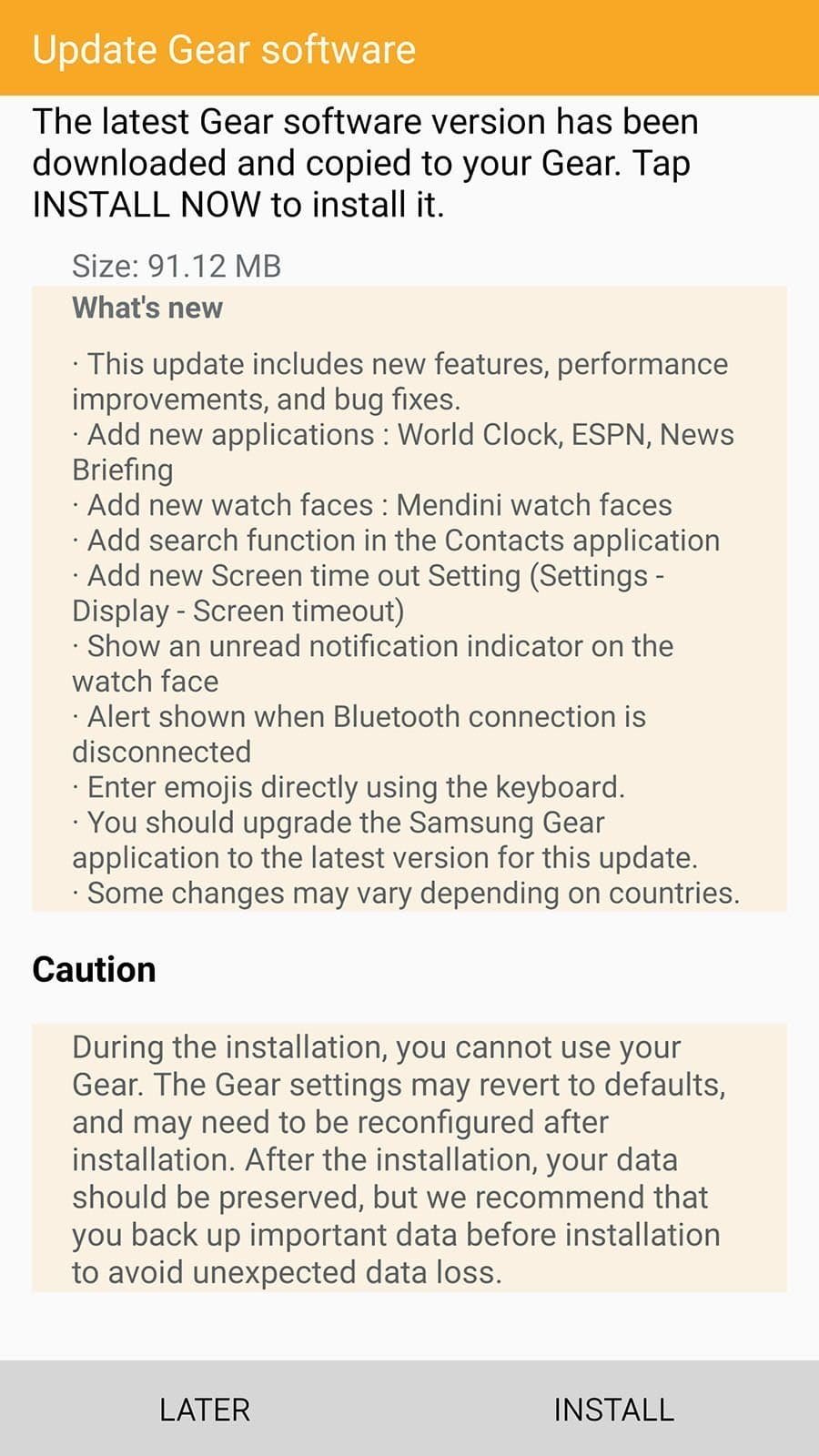 The new update carries the build number R720XXU2BPA4 and requires the latest version of Gear App on your Android smartphone. Launch the Gear app, head over to Settings>About Gear>Update Gear Software and select Update Now. Do this if you aren’t notified of the update when you launch the app. The update weighs around 91 MB and requires you to be connected to a WiFi network.

Make sure that you don’t use the watch during the update process and note that some settings will be changed to defaults. A backup before updating would be a good move, just in case something goes wrong and you lose all your data.

The Samsung Gear S2 update is currently being pushed out to all variants of the smartwatch, in a timely manner. Don’t worry if you haven’t received the update yet, it should be available for your smartwatch soon.