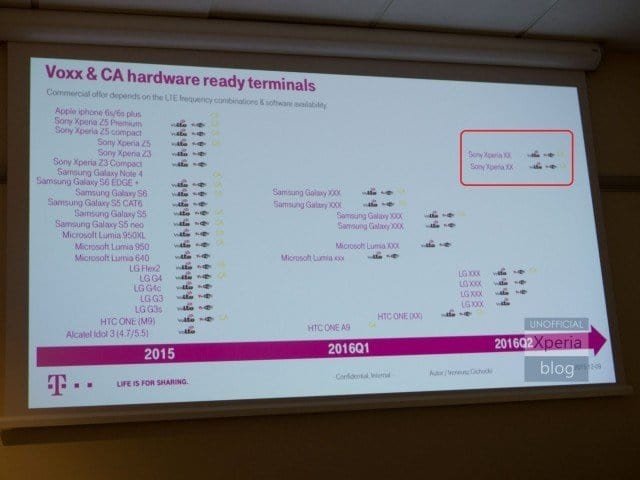 Polish department of T-Mobile leaks slide shows with plans of the biggest mobile phone manufacturers. As it appears, four new Samsung Galaxies, four LG smartphones, two new Xperia Sony devices and two Microsoft Lumia are scheduled for release in the first half of 2016, along with new HTC phone. All this could have been seen clearly, even that two of the four Galaxy phones will be released midway through the first quarter, at least according to T-Mobile.

It is interesting to hear that the Plus version will not be more expensive than the other two, but it will be different from them in some ways. Galaxy S7 line of devices should be presented during the Mobile World Congress in February 2016, in Barcelona, Spain. It is expected that Samsung will present Exynos 8890 chipset with Samsung’s first custom CPU cores. Other new rumors point to new camera sensor of 12 megapixels and a whole new series of aluminum cases.