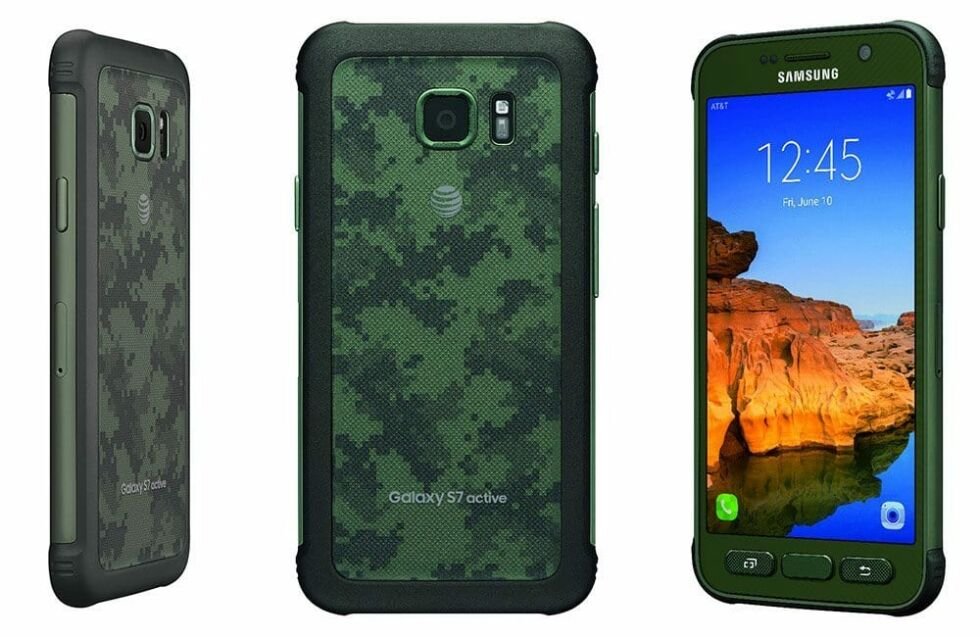 Samsung Galaxy S7 Active Is a Rugged Version of the S7

The all new Samsung Galaxy S7 Active is a rugged Galaxy S7 with a Shatterproof screen, IP68 water-proofing, and a Military Grade Body. It’s something you can take on your outdoor adventures and not be afraid of breaking.

It’s not an all new phone, as it’s still a Galaxy S7, but has been made tougher for the outdoors. The specs of the device is the same as the original S7, but it’s been packaged in a stronger body. That’s about it really.

Samsung has, once again, done a good job with the Active version of their flagship device. Unfortunately, like the Galaxy S6 Active, even the new S7 Active will only be available for AT&T customers in the United States.

As mentioned above, the Galaxy S7 Active has the same specifications as the slimmer S7, apart from a bigger battery and other external improvements. You still get the 5.1 inch Quad HD AMOLED display, a Snapdragon 820 Quad-core processor, 4GB of RAM, the 12 MP rear camera, 5 MP front camera, and other S7 goodies.

What you also get, is IP68 certification that allows you to dip the S7 Active in up to 5 feet of water. A MIL STD-810G rating, which means you can drop or throw this phone multiple times without damaging the screen or internals.

The display on the S7 Active is shatterproof, but still has a Quad HD resolution, which is excellent. This is also the first in the Galaxy Active line-up to receive a fingerprint sensor. The recent and back keys get physical buttons, to keep the ruggedness in line.

Overall, the phone weighs 185 grams, whereas the S7 is around 152 grams. It is also thicker, obviously, at 9.9 mm, compared to the 7.9 mm regular S7. Samsung has also added a larger battery on the Active. The regular S7 gets a 3000 mAh battery, whereas the S7 Active gets a 4000 mAh battery. It supports Adaptive fast charging and wireless charging.

There’s a special Activity Zone button on the side of the phone that shows important details such as temperature, barometer, weather, compass, stopwatch, flashlight, and S Health. You can even use this app to launch any other app you like.

Samsung has priced the Galaxy S7 Active at $800, and that’s without taxes and other fees. As stated in the beginning, the phone will only be available from AT&T. You can get one using the AT&T Next installment plans. The release date for the smartphone is all set for June 10th. You can buy them online at AT&T or in stores.