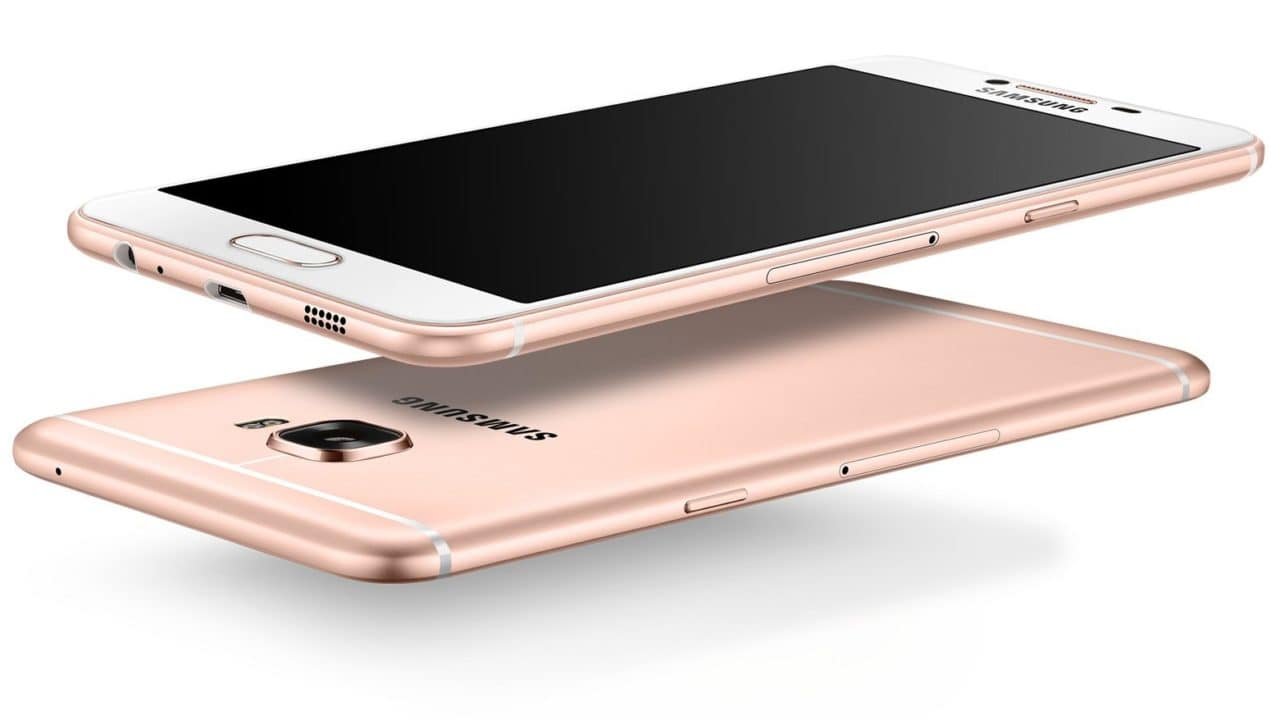 The pro update for the Samsung Galaxy C5 and C7 was supposed to come in December. But according to some sources, the phones are delayed for January. Both phones are regarded as mid-tier phones and designed as the better version of the A and J lines. Samsung already has the Galaxy C5 and Galaxy C7 out. The question is how much upgrade the Pro version brings? Let’s break it down. We’ve seen the Pro versions in benchmarks, and we can debate whether they are worthy of an upgrade or not.

The current version of the Galaxy C5 is valued at $350 to $400. The standard version is a 5.2 inches phone with plastic build and metal on the edges. With a dual-SIM, the phone is designed for developing markets. The C5 has a 1080p display and runs on Snapdragon 617 octa-core chipset with 4GB RAM. Internal memory is capped at 32GB, but there is an option for microSD external memory. The best feature is the 16MP snapper on the back and the 8MP front camera for selfies.
The Galaxy C5 Pro version bumps the internal memory up to 64GB and slightly improves the processor. The chipset is now Snapdragon 625, which clocks at a maximum of 2.0GHz, compared to 1.7GHz of the standard C5. Everything else stays the same. The price is not known for the Pro version.

The Galaxy C7 is the more expensive phone, with a price range from $400 to $450. The standard version is a 5.7 inches phablet with 1080p HD display. But due to a bigger display, the phone’s pixel density is lower compared to the C5. The standard C7 runs on the Snapdragon 625 2.0 GHz chipset that will come to the C5. The Pro version, on the other hand, will run on Snapdragon 626, but the clocking power is still unknown. Fans can expect a 5-10% bump in power and performance. The internal memory is limited to 32GB for the standard version, but there is also a 64GB version. Both have 4GB of RAM, 16MP rear camera, and 8MP front camera.
The pro version will improve the internal memory, bumping it to 64GB for the cheaper alternative with 4GB of RAM. But there will also be a 128GB alternative with 6GB of RAM.