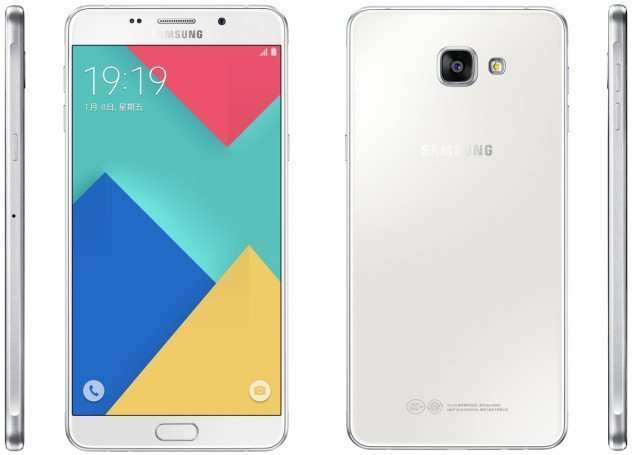 Samsung recently released an updated version of last years A9, the Galaxy A9 Pro, with better specs such as more RAM and a larger battery.

After unveiling the Galaxy S7 and the S7 Edge, the company has now taken wraps off a Pro version of the Galaxy A9. There isn’t much new with the A9 Pro, and the design and size all look similar to the A9. The only thing that’s different is what’s inside.

The new Galaxy A9 Pro was announced in China last week and is now available for purchase as well. The A series phones from Samsung is all about providing mid range performance with stylish designs.

Samsung recently also unveiled the A3, A5 and A7 with updated hardware for 2016. Now, it’s the turn for the larger phablet device.

The Samsung Galaxy A9 Pro is the top smartphone in the A series and has the best hardware. It’d almost be a high-end device, if it weren’t for the processor included inside it. Here’s the complete spec list for the phablet;

All those specs, and that massive 5000mAh battery should help the A9 Pro last more than 2 days at the least. Samsung will ship the device with Android 6.0.1 Marshmallow with their TouchWiz UI baked on top. The Snapdragon 652 is a great efficient and decently powerful processor, so you shouldn’t have any problems with performance, heating, etc.

If you’re in China, and want a decently priced, large phablet with more than enough performance to perform most tasks, then you should have a look at the A9 Pro. You can pick one up for 3599 Yuan in China, which is around $540. The Galaxy A9 Pro is available in Pearl White, Midnight Black, Champagne Gold, and Pink.