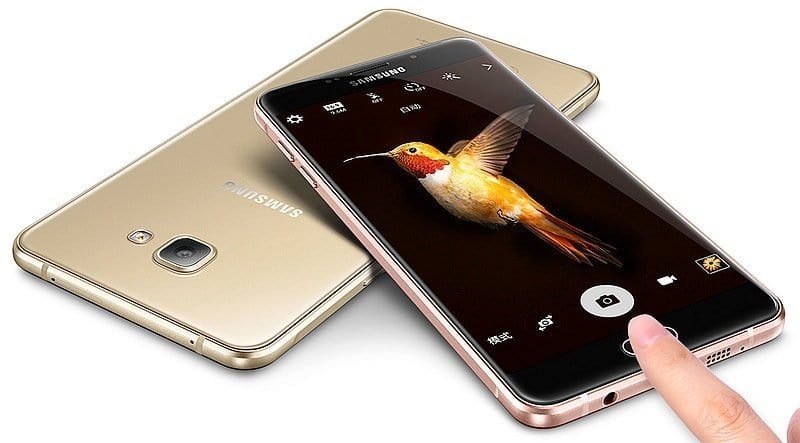 Samsung Galaxy A9 Launched in China: 6 inch Display and a 4000mAh Battery

The Samsung Galaxy A9 is the top of the line smartphone in the Galaxy A series, it’s got the latest specs and a huge battery. Samsung unveiled the smartphone in China recently and it should soon be available for purchase in other countries, we believe.

Pricing and availability for the Galaxy A9 hasn’t been revealed yet, but it should hit shelves in China later this month or January 2016.

The Galaxy A9 is part of the premium A series smartphones from Samsung, such as the A3, A5, and A7. It has a metal frame around the edges and a glass back, similar to the Galaxy S6 devices.

Samsung has included a 1080p 6 inch display on the Galaxy A9, making it the biggest in the series. The smartphone has curved edges, a fingerprint scanner, is 7.4mm thick and has very thin bezels. Other Galaxy A9 specifications include:

So yeah, 6 inches of display and a 4000 mAh battery should keep you going for a day or two without having to charge. It also supports 4G LTE and dual SIM.

Samsung will sell the Galaxy A9 in White, Gold and Pink. It will run Android 5.1.1 out of the box, and will hopefully get the Android 6.0.1 update.