LATEST – LucasFilm has confirmed to Entertainment Weekly that Darth Vader will star in the upcoming Star Wars prequel film, Rogue One: A Star Wars Story.

Yes, that’s right. The Sith Lord, Darth Vader, is making a comeback to the big screen in the sequel. Rogue One takes place almost 34 years before the recent The Force Awakens, and stars new characters. New vehicles such as the taller cargo carrying AT-ACT, and a sleeker Tie Striker will be present in the new movie. 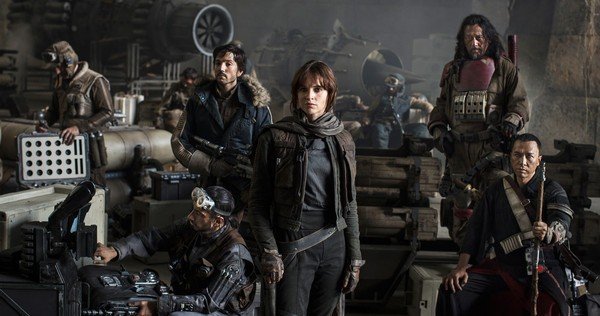 Update: 11 April, 2016 – Just when you thought the dust had settled on what has been nothing short of ‘Star Warsmania’ following the release of Star Wars The Force Awakens, fans now have a brand new reason to get excited. Rogue One: A Star Wars Story will follow new characters and a narrative that has nothing to do with the previous films, and today marked the beginning of what is sure to be months and months of hype leading up to film.

The massive success of the seventh episode in the Star Wars saga The Force Awakens has sent fans of the franchise, and movie fans in general into a bit of a frenzy. So when it was announced that Rogue One would be giving them a completely new storyline away from the one based away from the likes of Luke Skywalker and Han Solo – well it’s safe to say everyone was a little bit excited to see what else the Star Wars universe has to offer. Take a look at the trailer below:

As you can see from the trailer the same quality as the previous Star Wars film is very apparent, and you straight away get a sense that we will be seeing a very different and more detailed insight into the rebellion.

The main protagonist in Rogue One is ‘Jyn Erso’ (played by Felicity Jones), and she along with many other rebels have been given the task to steal some empire plans to build a new deathstar. The trailer shows a few of what presumably are the main ‘goodies and badies’, but I’m sure it won’t be long before we see a more in depth trailer.

Not only is Rogue One a great way to keep the Star Wars buzz alive, but also it gives the fans something to look forward to in the near future while they wait for information about Episode 8.

Rogue One: A Star Wars Story will be released in December.