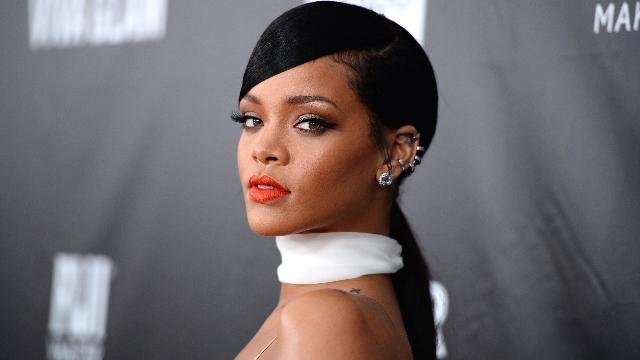 Rihanna Net Worth: Things You Should Know

Robyn Rihanna Fenty, known by her stage name Rihanna, is a popular singer and song writer who was born in Saint Michael, Barbados. Rihanna’s net worth is said to be upwards of $140 million. She was also ranked number four in the 2012 Forbes most powerful celebrity.

Her career started at an early age of 16, when she was signed to Syndicated Rhythm Productions, where she recorded a demo tape and send it across to several labels around the world. She was then approached by Jay Z, who was the CEO of Def Jam Recordings, with whom she signed a six-album deal.

Below are some other Rihanna facts that you should know.

She rose to fame mainly because of her song ‘Umbrella’, which was part of her third studio album titled ‘Good Girl Gone Bad.’ This album for nominated for about nine Grammy awards and she won the award for Best Rap/Sung Collaboration for Umbrella. 2.8 million units of this album has been sold in the United States and over 7 million in total. Prior to that, she had released two Billboard chart topping albums, ‘Music of the Sun’ and ‘A Girl Like Me.’

Rihanna is one of the best-selling artists of all time with over 200 million records sold worldwide. She has plenty of best-selling singles and has also collaborated with artists such as Shakira, Jay Z, Kanye West, Eminem and others.

In 2012, she starred in the movie ‘Battleship’, but it was nothing to be proud of. She won, or rather lost, the award for Worst Supporting Actress at Golden Raspberry Awards. The critics gave her mixed reviews, but on the bright side, she did win a Teen Choice Award.

She hasn’t starred in any other movies since then, but has appeared in several talk shows.

The ups and downs between Rihanna and Chris Brown is known to everyone. In February of 2009, Rihanna accused Brown of assaulting her in their car. An image obtained by TMZ proved the same. Chris Brown pled guilty and was charged with assault and making criminal threat. He was given give years probation and asked to stay fifty yards away from Rihanna.

In early 2013, Rihanna told the Press that she and Brown were dating again, but in May 2013, Brown reported that they had broken up.

Recent rumours suggest that both of them might get back together once again.

In a biography about Beyoncé, it was stated by the author that Jay Z and Beyoncé had split for over a year due to Jay Z having an affair with Rihanna. According to the author, J.Randy Taraborrelli, this happened in 2005 during the release of Rihanna’s single ‘Pon De Replay’.

The author then told the Press that it was just a rumour and that it was done by publicist Jonathan Hay to boost the then Rihanna’s career. He has now apologised to Beyoncé and regrets his decision.

According to recent rumours, Rihanna is finally going to release a new album. Her last album ‘Unapologetic’, was released in 2012.

Rihanna’s new album will be called ‘ANTI’ and will most likely be released November 27 via the Tidal music streaming site owned by Jay Z. It should hit stores on December 4th. The single ‘B**** Better Have My Money’ was released on YouTube on July 1st this year and has over 57 million views. Other singles, ‘FourFiveSeconds’ and ‘American Oxygen’, from the album were also released earlier this year.

In 2015, Rihanna’s Net Worth supposedly raked in $26 million. Her net worth will surely increase after the release of her eighth studio album ‘ANTI’.