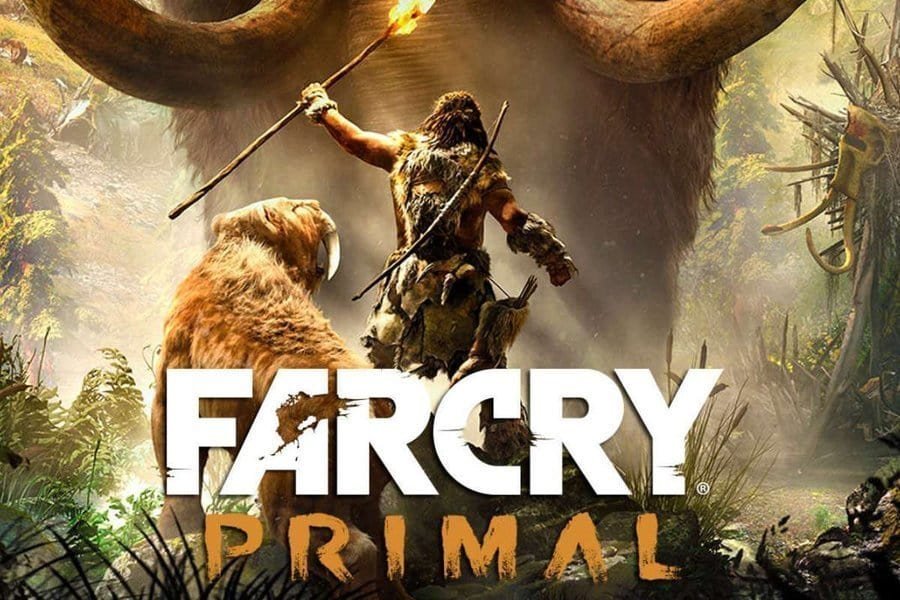 When Far Cry Primal was announced, it seemed like a bit of an odd move by developers Ubisoft. Okay, it’s fair that they needed to go in a new direction with the series after Far 4‘s criticism of it being too much like Far Cry 3, but this was definitely a bold move. It’s safe to say this addition has its differences, but also it has a tonne of similarities that almost make it too familiar.

As a big fan of the franchise I have to say I’m a little disappointed with this new title, when it was first announced I had high hopes for a game that was breaking the mould by not making the narrative futuristic. Then after a considerable amount of time playing it, I soon realised that it felt like more of an attempt to hush critics rather than to try and do something new. There’s no doubt that it feels like a Far Cry game – with huge open-world style map to explore, but without all the guns, vehicles and explosives of the previous games. Don’t get me wrong I’m aware a rocket-launcher would be out of place in 10,000 BC, but the absence of what were some of Far Cry‘s greatest aspects is very noticeable – especially when you consider how the vehicles made the games a million times more fun.

You play as Takkar, a member of the Wenja tribe, and unlike previous Far Cry games, we don’t really get any back story about him. The key aspects of the game in the way of narrative are to build and upgrade your village, find missing members of the tribe, and help out Wenja tribe members along the way. Your main enemies in Primal come in the form of two tribes, the Udam who are your basic all-out-attack tactic tribe, and the Izila who use fire effectively as a weapon – which can be a nightmare at times when you consider that pretty much everything is flammable in the game. It’s essentially your main goal in the game to make the Wenja the most powerful and dominant tribe. My main issue with the narrative and with Primal as a whole is the lack of a main bad guy, Vaas from Far Cry 3 was one of the best things about the entire game, and Primal just doesn’t have that key bad guy to make the story more engaging.

The gameplay is very familiar and it feels like you’re playing a Far Cry game, which I actually really liked, but like I said it’s just without all the guns etc. Instead you’re main weapons are a club, bow and spears – which may sound a bit bland, but getting a long-distance headshot with a spear is pretty damn satisfying. You also get a grappling hook, which is the games only gadget, but does make things a lot easier when you need to partake in a bit of rock-climbing. The skill trees are back and can be very useful in a variety of situations, and you should note become very important in the latter stages of the game when you get a few boss battles. Oh and did I mention you can tame a variety of different beasts to be your sidekick? Well yeah you can do that as well. By distracting a beast with a bit of meat and approaching it with your hand out saying “shhhh” it tames it, but I wouldn’t suggest trying that with your neighbour’s Rottweiler. It seems a bit dumb, but having a Sabertooth Tiger as backup isn’t the worst fighting tactic – not great if your a stealthy player because they aren’t very discreet.

Overall I thought Far Cry Primal wasn’t bad, but it wasn’t great either, and it definitely had the potential to be. The gameplay is consistent and there is plenty of side quests and hunting to get stuck into, but the narrative lacks so much that it’s easy to forget what is actually going on. Ubisoft definitely gave us something new, but it came with an abundance of similarities. Although this could actually be the start of something great for the franchise if they learn from the bad points of Primal, make the next title a mixture of what makes Far Cry good and what it needs to be great.

Far Cry Primal is out now for Xbox One, Ps4 and PC.