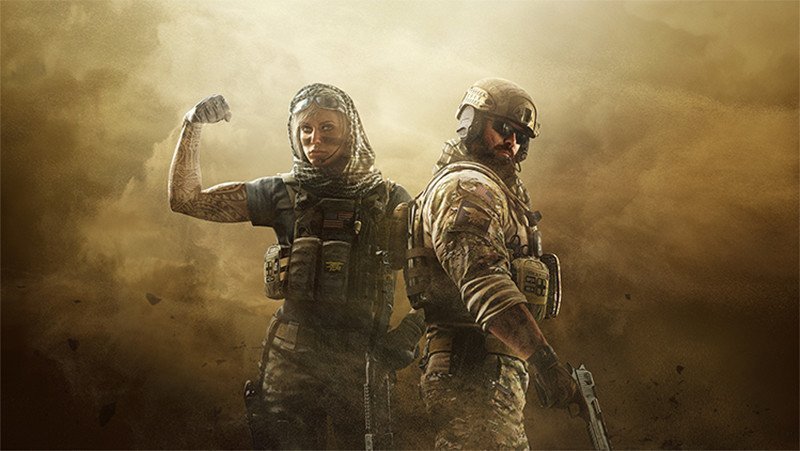 The latest addition to the widely-poplar Rainbow Six series has maintained a level of popularity that many games in the first-person shooter genre fail to achieve, and with the genre being so competitive it’s an impressive achievement. Whereas many other FPS’s rely on ‘run and gun’ intense gameplay as a key selling point, Rainbow Six Siege offers players a more tactical approach that requires thought and teamwork.

The game features 20 ‘Operators’ to choose from and 11 maps to get to grips with, this was then added to with the release of ‘Operation Black Ice’. So with so many variables in play you can see why it’s loyal fanbase have stuck around. And if that wasn’t enough to keep them satisfied then the release of ‘Operation Dust Line’ will give them two more ‘Operators’, as well as a new map to sink their teeth into.

The new DLC is the second of four expansions set for release as part of the Season Pass. Each expansion will provide players with an additional 2 operators, a new map, a range of cosmetic in-game features, and sometimes you will get other additions such as game modes. Dust Line adds ‘Blackbeard’ and ‘Valkyrie’ to the Operator roster, the new Border map, charm and headgear options, as well as the ability to swap loadouts between rounds.

For anyone who hasn’t purchased the Season Pass, not all of the Dust Line content will be exclusive to those who pay. The Border map will be available to everyone to stop players from splitting into different map playlists. The ability to change load-outs between rounds is also unlocked for all players, to prevent competitive disadvantages from that. The Operators and customisations are still premium.