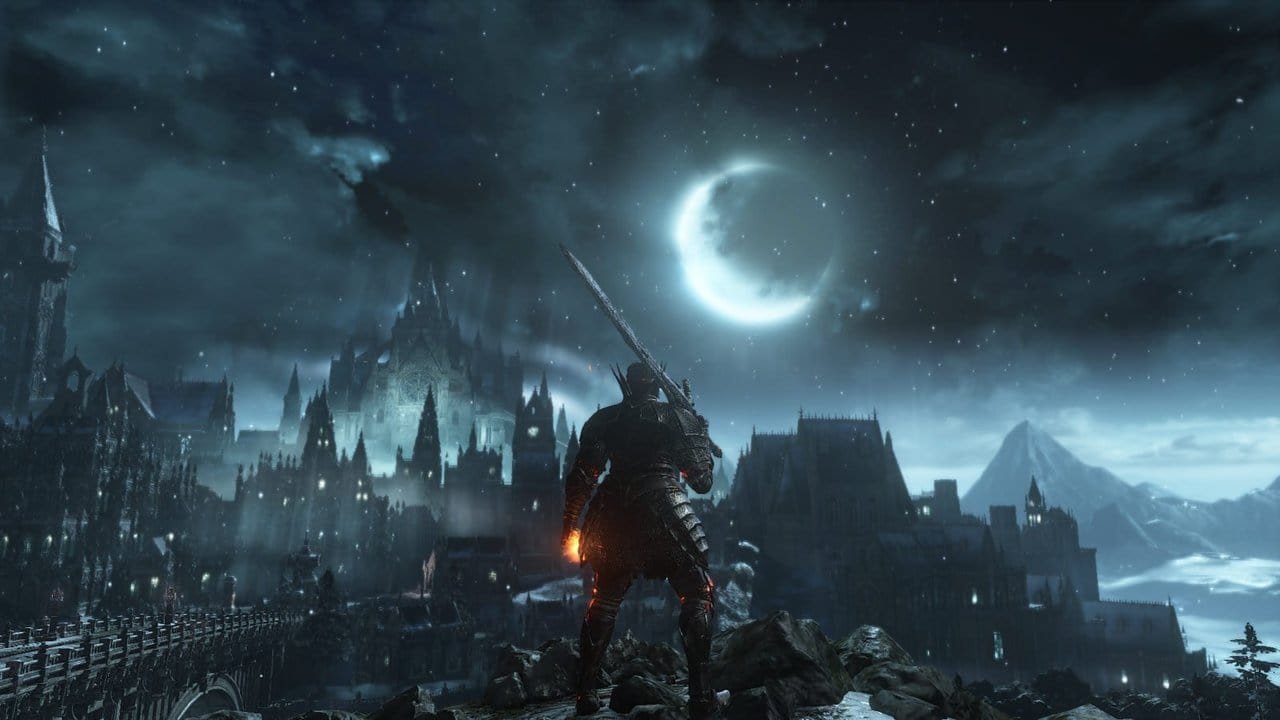 Really, guys? Haven’t we died enough times throughout this trilogy? And now you want us to kill one another? That’s cruelty, guys. That is cruelty. And now that I mentioned it, wasn’t that the theme of these games? From Software, the game’s developer has a knack for it, proven by the numerous gruesome deaths I’ve experienced at the hands of these creatures. And now the “Dark Souls III” experience has been given a significant shot in the arm, which will no doubt feel like an adrenaline rush for you Dark Souls fans. Bandai Namco has passed a new trailer for the game’s brand new DLC, “Ashes of Ariandel”, and here’s a rundown of what you can expect.

So the key new feature in the upcoming DLC is Player Vs. Player Combat (PvP) and it’s set to make an insanely challenging game even crazier than before. The trailer is appropriately ominous and the new location has an immense amount promise due to the excellent weather effects delivering on the promise of a cold, harsh landscape filled with mystery and uncertainty, and (of course) monsters and players corpses lying around in the snow. There’s also going to be new armor, weapons and new abilities for the player to get their hands on and experience for themselves.

The trailer ends with the reveal of the release date, which will be October 25, so we won’t have to wait too long to jump back in and relish in the dangers of the Dark Souls universe. Hopefully this won’t be the last venture into that world, but the game’s director has stated his intent to move on to other projects. The expansion pack will be available for download on Playstation 4, Xbox One and PC, and is also available with the Season Pass.