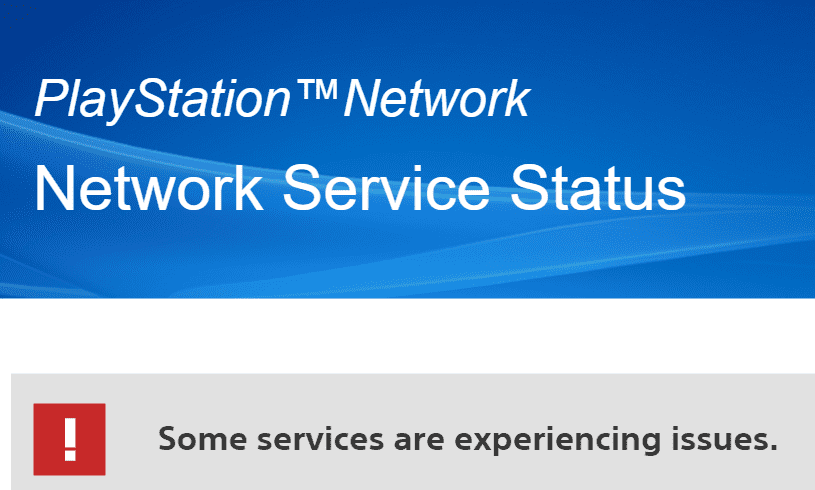 PSN Down: The PlayStation Network is Currently Down in Several Regions

PSN is down! Yes, that’s right. The Sony PlayStation Network is currently down for several users across the globe.

Sony has confirmed that all online services are currently down on the PS4, PS3 and the PS Vita. The outage has many users left unable to sign in to their PSN account or create a new one.

“You may have some difficulty launching games, applications, or online features. Our engineers are working to resolve the issue as soon as possible, and we thank you for your patience.”

Users are also having issues getting into the PSN store or playing a game online. If you’re already signed in to PSN, you may be able to get into some online features. An error message saying “undergoing maintenance” has been showing for several users.

The following services are currently down:

Four days into 2016 and Sony has already done bad to its loyal users. Several users took to Twitter to complain about the PSN being down. The network suffered issues even during Christmas last year.

Sony is working on fixing the outage and it should be back up again soon. Is PSN down for you? Let us know in the comments.