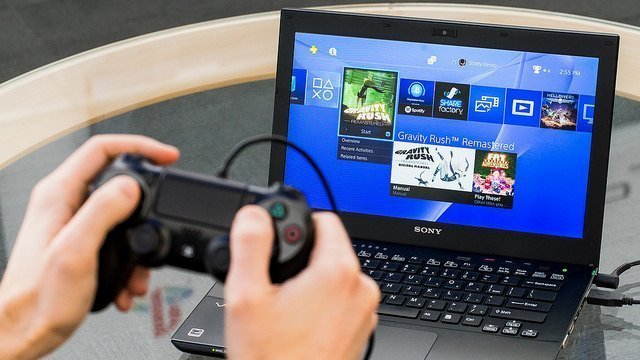 The PS4 firmware 3.50 is now available for console users across the world with new features such as Remote Play for PC and Mac, Offline Mode, and more. You will be notified of the update automatically and it is recommended that you update.

One of the most important features of this update, as we’ve mentioned before, is PS4 Remote Play for Windows and Mac. You can now stream PS4 games on your Mac or Windows PC, if you own a PS4 at home.

A Windows PC running Windows 8.1, 10 or later is required for the Remote Play to work. On Mac, the feature will work on OS X 10.10 and 10.11. You’ll also require a stable internet connection.

PS4 Remote Play allows you to stream games with the following frame rates and resolutions. You can select between 360p, 540p and 720p formats and frame rates of 30fps or 60fps. It all depends on how fast your internet connections is, if you want uninterrupted and lag free gameplay.

You can connect a DualShock 4 controller to your Mac or PC via USB cable for Remote Play. Once you’ve update your PS4 to firmware version 3.50, you will have to download the Remote Play installer on your PC or Mac.

Apart from Remote Play, you get other features such as the ability to appear offline, a Friend online notification when a friend comes online, and the ability to schedule game sessions with your friends.

Another feature available in the new update is the ability to see what games the members in a Party are playing and join them. Or you can also start a new game with friends.

Overall, this is a welcome update for the PlayStation 4 and a major one too. For more details on this update, go here.